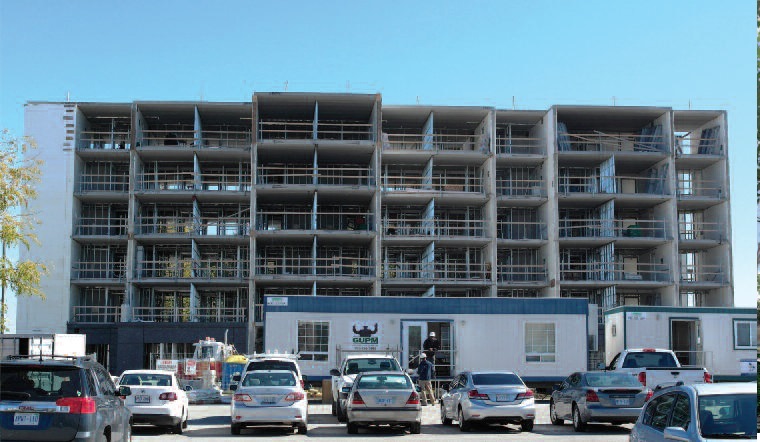 Located on Lake Ontario, just east of Toronto, Ajax is part of Durham Region and one of Ontario’s fastest growing economic areas.

One of the locations for the 2015 Pan Am Games, the town’s economic development group took the opportunity to engage with local businesses and created engagement throughout the community through activities including 10 Pan Am information sessions, community awareness campaigns including banners and flags, and procuring volunteer apparel for 450 local volunteers.

Within the town’s downtown core, revitalization efforts include final approval for a twin tower, 10-storey, 390-unit mixed-use condominium, retail and office development and the installation of a Downtown Gateway feature.

Paul Allore, director, planning and development services says: “The new downtown in Ajax will consist of a high level of urban design, green spaces (urban parks, trees, landscaping). It will be a pedestrian oriented environment and mixed-use area of jobs and housing that will be a hub for social and cultural activities.”

During 2015, Ajax surpassed its ‘2015 jobs by 2015’ target through the OnTrack job awareness campaign. Initiated in 2010, by the deadline, the program had created and retained 2,915 jobs through business investment of more than $360 million.

Traffic and road improvements have also been a focus through key projects including Phase 1 of the Rossland Rd. realignment, a new bridge over East Duffins Creek, onroad bike lanes and LED streetlights.

According to the city’s 2015 Wrap Up Report, the town’s economic development team has a full list of programs and initiatives in 2016 including: Economic Development & Tourism Strategy review, launch of PriorityPATH Prime for large and complicated development applications, assistance with downtown Ajax developments, an expanded ‘You’re Invited’ tourism campaign, and offering a second upNextAjax program for Ajax young adults.

The report notes that a move towards a multi-modal transportation system is also underway including a comprehensive wayfinding strategy, traffic calming devises and bicycle facilities.

According to Allore, Ajax is well planned, designed to attract investment and job creation within an environment of green spaces and unique landscapes that set it apart from other communities.

“I am most proud of the revitalization that is occurring in our downtown where there is an intermix of employment uses like retail shopping, and professional services complimented by a variety of housing options at the heart of an abundance of green space, trails and cycling facilities,” he said.