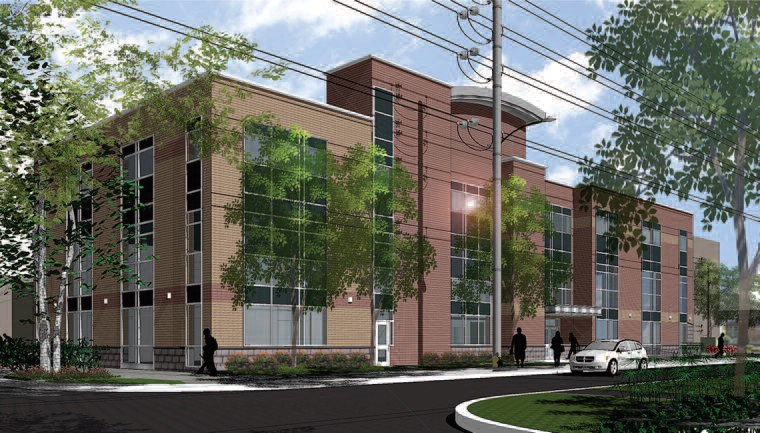 Home to more than 90,000 residents and approximately 1,500 businesses, the Municipality of Clarington is one of Ontario’s fastest growing communities. Located on the eastern border of the Greater Toronto Area, alongside Lake Ontario and major highways, Clarington is steeped in history, diversity, and significant industry. Clarington’s recognition for opportunity is growing rapidly. Since the beginning of 2016, the floodgates seemed to have opened within Clarington pertaining to development, mega projects, job growth and notable increased interest from investors and businesses wanting to expand.

Development and jobs on the rise

The construction value of commercial buildings also doubled in 2015. One of the projects driving the construction value higher is the Bowmanville Professional Building with a project value of $7.8 million. Future prospects remain strong according to a development application activity report recently submitted to Clarington Council.

“Our community is growing. We are strategically situated along the 401 and with this new expansion of the 407, Clarington is a prime area to invest in and develop,” says Clarington Mayor Adrian Foster.

More than 100 employees from companies located in Clarington serve Ontario Power Generation (OPG) and Darlington Nuclear Refurbishment Project and more than 2,000 OPG contracted workers are on site and growing. The Darlington Project will produce 8,800 jobs per year from 2010 to 2026. The nuclear community continues to strengthen as Clarington welcomes a growing workforce and interest from companies wanting to establish an office in the area.

Since the beginning of 2016, the Clarington Board of Trade and Office of Economic Development (CBOT) has received a steady stream of inquiries from businesses interested in locating to Clarington, ranging from 800 to 300,000 sq. ft. of space and from 10 to 75 acres of industrial/commercial land.

CBOT has received the same amount of leads in five months compared with the total received in 2015. A range of opportunities are put forward and many more options frequently present themselves.

The most recent example is 45 Raynes Ave. in Bowmanville. As a result of the closure of Continental ContiTech – formerly Goodyear/Veyance Technologies – this 300,000 sq. ft. building, located in the heart of downtown Bowmanville, will be vacant by this summer. There have been discussions about the vision of this more than 100-year old facility, which includes the possibility of a mixed use project, rather than continued manufacturing use. “A mixed use of commercial/residential would definitely complement and enhance the character of the community,” says Sheila Hall, executive director of CBOT.

Within the past year, several companies within Clarington have invested in their businesses by expanding their buildings, purchasing new equipment or hiring new employees. For example, Ivan B. Wallace Ontario Land Surveyor Ltd. has invested more than $1.5 million in technological upgrades during the last eight months and anticipate hiring eight to 10 employees by the end of 2016, adding to the 50 current employees.

CCT Auto Trans Inc., a vehicle hauler for Original Equipment Manufacturers, recently received the ‘2015 Business Growth and Investment Award’ from the Clarington Board of Trade and Office of Economic Development. In the last 18 months, they hired approximately 45 drivers and anticipate another 20 by the end of 2016. They invested $18 million in new trucks and drivers in 2015.

The impact of mega projects

This investment reflects the Darlington Refurbishment Project, Port Granby remediation project and Hwy. 407 East Extension Phase 2 – all creating thousands of jobs for years to come. Execution of the first unit at Darlington Nuclear will begin in October 2016 with refurbishment of all four units spanning from 2016-2026. The $12.8 billion investment in Darlington refurbishment will generate $14.9 billion in economic benefits for Ontario.

“The Darlington Refurbishment is an important part of the economic growth strategy for the region in the coming years, with a lasting impact on strengthening our local workforce,” said Lawson Gay, president of the Clarington Board of Trade. “Seventy Durham based companies have contracts with OPG. Any way you cut it, this project and the continued operation of Pickering and Darlington will add value and bolster our local economy.”

The Port Granby Project will address a long standing environmental issue by safely relocating 450,000 cubic m. of historic low level raLake Ontario shoreline for safe, long-term storage in the engineered aboveground mound facility being built approximately 700 m. north of the lake. The Port Granby Project, part of the federally funded Port Hope Area Initiative (PHAI) will span four to five years and is anticipated to create economic benefits for the region in the form of jobs, supplies and services as subcontracts are awarded for various construction activities and materials are purchased from area businesses. AMEC-CB&I Joint Venture was awarded the $86.8 million contract last July to undertake the Port Granby Project on behalf of the PHAI.

Clarington continues to represent an abundance of activity and opportunity. Home to three of the top 100 of Canada’s biggest infrastructure projects and continuous investment made by existing business – Clarington is, and will continue to be a focus of activity, effective partnerships, and growth.