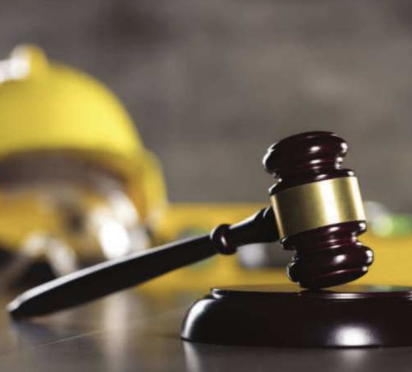 Amendments to the Ontario Construction Act taking effect Oct. 1, 2019 have provided them with what Partner Scott Fairley has described as an “exciting challenge.”

“For years we’ve been talking about things we’ve felt very confident about,” said Fairley. “There are a lot more unknowns right now. It’s interesting to be doing a seminar about legislation that has not yet fully come into force, because people want to know in fairly absolute terms: what does this mean?”

Their team of lawyers provide legal advice to a plethora of different groups including owners, general contractors, engineers, mortgage lenders, and architects. Because these new changes affect prompt payment and adjudication processes, as well as amendments related to liens against municipalities, there has been increased interest in providing this advice to owners.

“There will now be a heavier onus on the steps owners have to take upon receipt of an invoice, and we’re getting more interest from municipalities and owners, who are asking about this new legislature,” Fairley explained.

“There is a more active role to be played by the owner if they’re not going to be paying on holdback, so we’re definitely getting more interest from owners.”

The Barrie Construction Association is where their team gives the majority of their seminars, as it’s a good source for networking with its large volume of local members.

Recently, the City of Barrie has become especially interested in seeking advice regarding the amendments to the act.

“The most interest in the Construction Lien Act came from the general contractor and subtrades level, as it was more focused on rights and obligations with regards to getting paid, correct timing for registering liens, and other things like that,” said Fairley.

But, as mentioned, municipalities and owners will be most affected by the upcoming changes.

Fairley handles most of the construction-related work at the firm with his partner, Eric Gionet, and associate, Andrew Wood. The team was involved in the drafting and implementation of the new legislation.

Still, Fairley mentioned providing advice on the new changes may be difficult at first, as most of amendments haven’t been put into force yet.

“I suppose one of the most interesting things with the new Construction Act is that it has sort of reset everybody to zero as far as knowledge base goes. There is no case law and it’s certainly more interesting to give the seminars when we don’t have the depth of either experience or knowledge with the changes.”

Back when the Prompt Payment Act was proposed, the team was giving seminars to the BCA and other organizations about this upcoming regime.  Many of these concepts were carried forward into the new Ontario Construction Act.

“I’m glad to see that it’s actually turned into something, Fairley said.

The firm has not seen too many new projects come in since amendments were made to the construction liens and holdback rules last July. Contracts either had to be completed post-July of last year, or the procurement process had to be started after that time.

“The disputes and litigation and lawyering tends to happen towards the end of projects, or at least when they’re essentially in the ground, so it’s only now that we’re starting to see projects reflecting the new act,” explained Fairley.

For the most part, their current projects haven’t been too affected by the new act, especially since there haven’t been too many changes to the processes, and Fairley thinks it will be awhile before their projects are heavily affected.

“We’re not likely to see those changes come across our desk for quite awhile, but it’s interesting to have to put your mind to some fairly fundamental changes in how we provide the advice on projects,” said Fairley.

“There is no case law to interpret a lot of these things yet, so a lot of the questions we’re answering with other questions or with a ‘wait and see.”