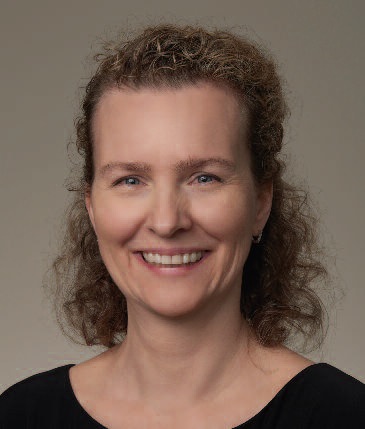 Angela Jonkman’s early interest in math and science had once led her to consider a career in medicine. Today though she is an engineer and senior project manager with Robinson Consultants Inc.

Jonkman says she has always enjoyed a challenge and, despite family cautioning her that engineering was a tougher field for women, decided her interests matched an engineering career. She says the advice, rather than dissuading her, created a situation in which she was “forewarned and so forearmed.”

This advice helped her deal with the challenges she faced early in her career in the mid-90’s. Though she was disappointed, she was not surprised and in fact, prepared when it did on occasion occur. She had one interview in which she was told outright that, as a woman, she would not succeed.

Despite the occasional discouragement she says she was encouraged, supported and welcomed by many others and that this has far outweighed anything else.

Jonkman says her first engineering role was a technician position with the City of Guelph as a reviewer. This position gave her the opportunity to learn, to achieve her P.Eng. and to gain valuable experience that solidified her pathway into stormwater management.

Later she worked for a local conservation authority and then Ontario Power Generation, along the way gathering diverse experiences and knowledge.

Always one to set the bar higher, she decided her next move would be into design work. Eventually she found her way to Robinson Consultants Inc.

Despite the challenges her work on multi-year, multi-phase residential and commercial developments presents, she says with Robinson she has found her greatest success in her work/ life balance.

Meanwhile, Jonkman is also busy with a group called WILD (Women in Land Development) which she helped form nine years ago. “Land development is very male dominated so networking events are as well. Through WILD we have created an opportunity for women to come together, to network and to have open discussions about their experiences and their successes.”

This opportunity, she says, is especially valuable for young women testing the waters of their new careers who, through more experienced women, can see the wide range of opportunities available to them.

She says she is still grateful her family openly discussed how tough the engineering field could be for women because it ensured she knew what to expect. She says she also came to understand, and tells other women: “If people have an issue with you working in the field, that is their problem, not yours. Just do the best job you can always and then move on. The industry is filled with challenges and opportunities that are yours for the taking.”