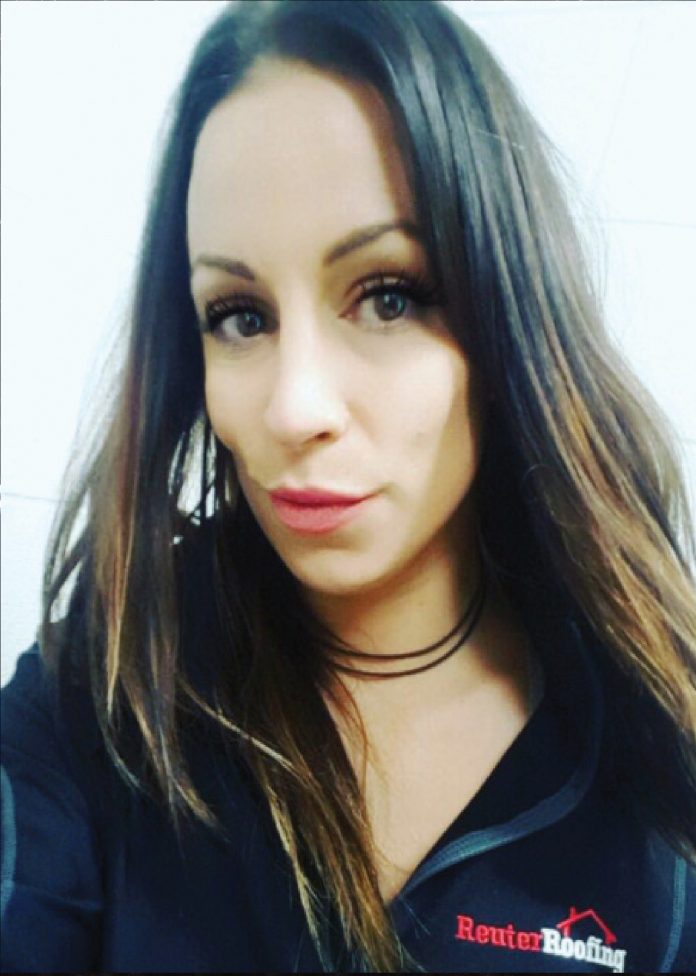 Ashley Barnier is operations manager for Reuter Roofing’s Stratford office. Responsible for project management, sales, staffing and other tasks, she has been recognized as one of the top women in Stratford’s construction industry for 2018.

Barnier came to the industry, as many do, looking for a change. “I had been working in finance at car dealerships and came across an opportunity to work as a shingler. I like being outdoors so thought I would give it a try.”

Saying that the work’s repetition and the commonalities between accessories and applications meant she learned quickly and, discovering she enjoyed working with her hands, she also tried her hand at carpentry. “Roofing isn’t for everyone. You deal with the heights, the heat, the cold and heavy lifting, but it’s good work.”

While she says there are people who are surprised to see a woman doing this kind of work, she says she has always worked with really good crews; people who recognize that anyone who is able to hold their own is a welcome and valuable team member. “We’ve also had some clients who seemed to really like that there was a woman as part of the team.”

Though today she is on the roof less, running things from the ground, she is fully engaged in every aspect of the business and ensuring each job runs smoothly. “The biggest challenge is staffing. We have so much work we could be doing but it’s hard to get people into the trade so the job of shuffling everyone and scheduling things can be tough.”

Since she began with the company, she has grown the Stratford location from a team of two, to a crew of 15 in 2017, plus sub crews as required during busier times. She is proud of the role she has played in that, and her success within the industry. “There were a few naysayers along the way but if you are given the chance to prove what you can do, sometimes those people become your biggest supporters.”

Barnier says she highly recommends careers in the trades to women. “I encourage women to try this if they have even the smallest thought that they might like it. Too many people will let fear hold them back from something they could be really good at and could really enjoy.”

Reuter Roofing is a member of the Stratford & Area Builders’ Association. More information is available at www.reuterroofing.ca.