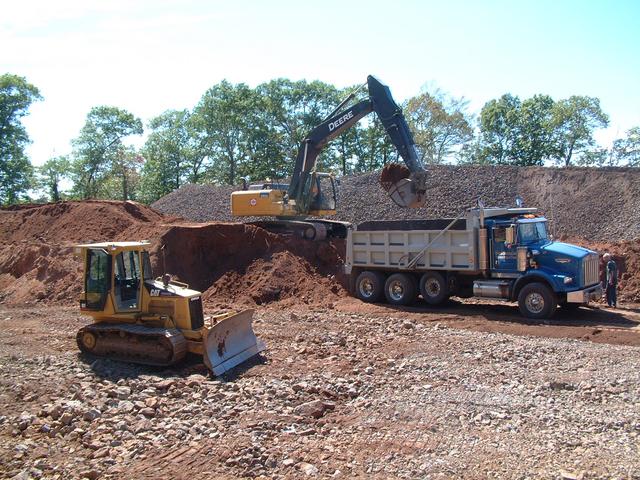 A number of construction groups have put out a dirty video series of sorts, but its not the kind you may be thinking.

In southern Ontario, the management and use of excess soil is a growing issue. There have been instances of soil being wrongly classified and mismanaged. And there has been the issue of those wanting to do things the right way, but being unsure how to and it is becoming an issue since Ontario’s  construction market generates almost 26 million cubic metres of excess construction soil every year.

HazMat reports that about $2 billion is spent annually to manage excess soil – which comes from civil infrastructure projects such as transit, roads, bridges, sewers, watermains and other utilities.  Large quantities of soil are often hauled up to 100 kilometres away to designated dump sites, rather than being reused on site or at other sites nearby.

“Clean excess soil can be more responsibly managed through better upfront planning,” says Andy Manahan, executive director of the Residential and Civil Construction Alliance of Ontario (RCCAO). “That’s why we co-produced a three-part video series to increase awareness that there are alternatives to the ‘dig, haul long distances and dump’ approach.”

RCCAO teamed up with the Greater Toronto Sewer and Watermain Contractors Association (GTSWCA) to produce a video series – The Real Dirt on Dirt: Solutions for Construction Management – to inform the public, government and industry on the benefits of using best management practices.

There are a lot of trucks on the road travelling 60 to 100 kilometres to dump excess soil as a waste material – and that is completely wrong, says Giovanni Cautillo, GTSWCA’s executive director.

“It’s not a waste – it’s a reusable resource,” he says. “When municipalities provide guidance to contractors about where soil from local infrastructure projects can be reused, the costs of handling and disposing of soil can be dramatically reduced.

“Wherever possible, soil should be reused onsite, but if this is not possible, having an approved reuse site within a close distance saves taxpayers money.”