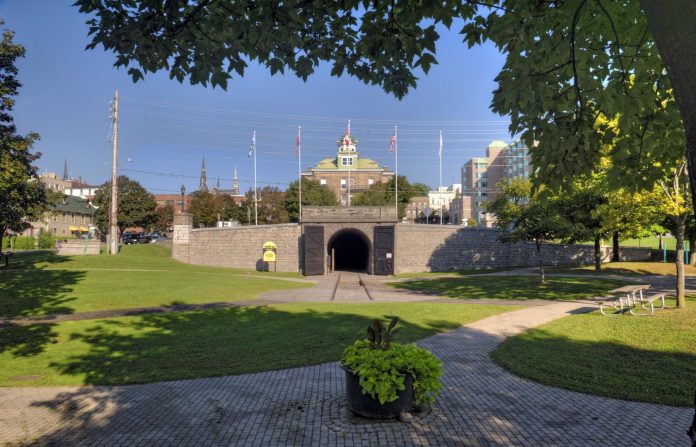 Set along the 401, halfway between Montreal and Toronto, an hour from the nation’s capital and poised on the banks of the St. Lawrence Seaway,  Brockville is establishing itself as a hub of connectivity in an ideal recreational and leisure setting.

Brockville’s economic development director Dave Paul says this is a vibrant time for the city overlooking the Thousand Islands, with more businesses recognizing the potential to locate and operate a business in a resort setting, highly connected to the outside world.

There are true incentives to build in the community. “In Brockville, there are no development charges or permit fees for manufacturing and we offer complimentary drawings,” Paul said.

The city also offers one of the lowest water rates in the Ontario, will facilitate the packaging of available business grants, and guarantees permits will be issued within 10 days as long as the file is complete. “Even if it means calling a special meeting to move things forward, if everything is in place, we hold to our 10-day promise.”

For these and many other reasons, Paul says, a lot has been happening in Brockville recently.

In 2015, a Chinese investment saw Canadian Milk Manufacturing take over the abandoned Abbott Laboratories plant with plans to turn the 200,000 sq. ft. facility to milk and infant formula production. Paul says the company has already secured contracts that will see 90 per cent of the plant’s production shipped to China, where the Canadian brand is highly recognized, and that test production, which will lead to full production, is nearing.

“As the plant moves into full production its workforce will grow. This is an example of a good turn around story that will be good for Brockville, and have the added benefit of a large export that is always good for Canada’s balance of payments.”

Paul cites recent changes at Procter & Gamble as a different example of the city’s strength.

A major employer in the city’s manufacturing sector for more than 35 years, Procter & Gamble recently underwent a global mandate for retooling in order to maintain its competitive edge. While the effort resulted in a contraction of the company’s workforce, he says the move also made the Brockville location one of the most productive plants in North America and the most productive plant based on scale. “That this cornerstone business is staying in the city and strengthening its position within the global framework of the company is good for the city.”

A new company to the city is Speedy Transport, which recently added an eastern Ontario hub in the city. “Brockville is a strategic location for transportation, distribution and warehousing. Speedy recognized this and met all of their employment targets with this opening.”

The city’s downtown core will be undergoing a revitalization and benefit from the addition of a residential presence with the construction of Wall Street Village, an 85-unit six-storey seniors’ residence set to be completed in 2018.

The downtown area will also benefit from the 2017 opening of the Brockville Railway Tunnel and Railway Tunnel Park. A partnership with CP Rail and VIA Rail, Paul says the project will restructure and restore Canada’s oldest railway tunnel, adding a sound and light show and opportunities to travel through the tunnel on foot or by train to experience the history.

“There are plans for a Rails to Trails festival this year and future components that will include rail dining cars, a rail museum and simulation experiences.

The city has already shown its attraction and passion for interpretation and museum type experiences with the success of the Aquatarium, a 27,000 sq. ft. attraction that explores the many Thousand Islands facets.

“The Aquatarium exceeded its expected visitors this past year by 20,000 and had a large interest in season passes. They are working on new interpretation opportunities and a speaker series has been introduced.”

Connected to the Aquatarium is Tall Ships Landing, a $114 million condominium project set on 3.5 acres within Tunnel Bay Harbour that Paul says continues to thrive.

Paul says other opportunities supporting residents and employers include the city’s commitment to become a World Health Organization (WHO) Age-Friendly Community.    According to WHO, “an age-friendly world enables people of all ages to actively participate in community activities and treats everyone with respect, regardless of their age. It is a place that makes it easy for older people to stay connected to people that are important to them. And it helps people stay healthy and active even at the oldest ages and provides appropriate support to those who can no longer look after themselves.”