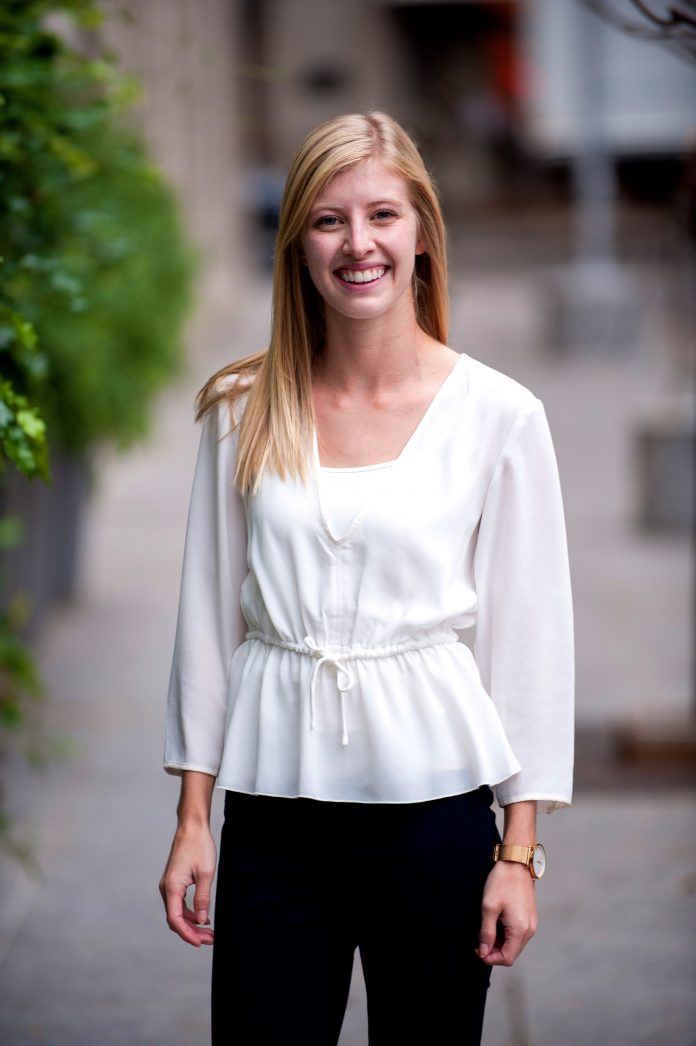 Emily Thompson graduated with honours from university, receiving recognition for achieving both High Distinction and the Dean’s Honours List. with double degrees in math and business administration from the University of Waterloo and Wilfrid Laurier University. Today she applies her knowledge and passion for learning as a financial analyst with Trisura.

Thompson says she knew her interests were focused on finance and analytics but she first got exposure to the world of contract surety during a co-op placement with Trisura as part of her university program. She then returned for two more co-ops before starting full-time with the company after graduation. “From the start, I was fascinated with the clients, the complexity of construction contracts and the challenge of finding the right solutions to support both.”

She says beginning with her first co-op she was given the opportunity to see and experience various aspects of the industry, and that her involvement with clients and the team grew consistently with each term.

While Thompson says she had a few female instructors in university, she understood that her career path was still a male dominated field. However, she says she found great mentors, male and female, at Trisura. “The company has a very positive and open outlook that isn’t influenced by gender. You see it in the brokers, and in the clients they deal with.”

Thompson says she particularly enjoys the openness of clients in sharing their stories, their success and future plans. “They are proud of what they have done and excited by next steps. This is a great opportunity to listen and to learn.”

That ability to listen, combined with her passion for learning, will be critical in helping Thompson stay current on these two long-time industries that are constantly undergoing changing demands and requirements. She says staying abreast of it all is both a challenge, and an opportunity. She is currently beginning a series of six courses that will lead to earning an A.C.S.B. designation.

Based on her experience so far Thompson says she would recommend a career in surety to other women. “Regardless of gender, success in this industry is about drive and a willingness to work hard and to learn. It is demanding but interesting and rewarding.”

Her advice to young people considering future career paths is to be open to different opportunities. She says she knew her interests, for instance, were directed to finance, math and business but construction was not something she had ever specifically considered. “Know your interests but don’t pin down what that looks like and you may find doors open that you never knew existed.”

She says her best advice once an opportunity is offered, is to dive in, give it your all and learn all you can.

Are you ready for the risks and challenges of rising environmental...