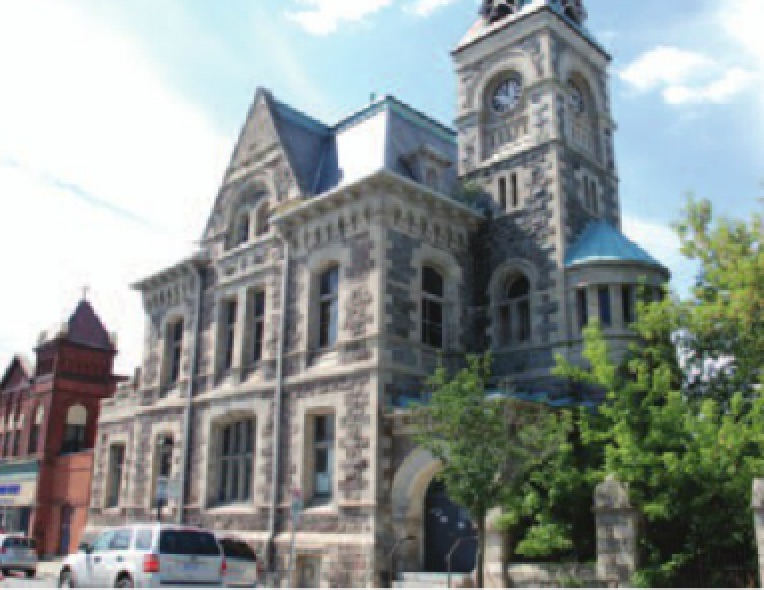 The City of Cambridge continues to grow and develop with key partnerships, strategic initiatives and an approach that looks beyond artificial borders.

Cambridge, an amalgamation of the city of Galt, the towns of Preston and Hespeler, and the village of Blair, is located in southwestern Ontario at the junction of the Grand and Speed Rivers. Set along Highway 401, Cambridge is also part of Canada’s Technology Triangle (Cambridge, Kitchener, Waterloo and surrounding townships).

Hardy Bromberg, general manager, infrastructure and development, says two of the city’s key initiatives are focused on bringing people back to the city’s three core areas, and an overall back-to-the-river strategy. “We have brownfield development initiatives in early stages for Galt on the Grand, Hespeler Village and Preston Town Centre. Each of these will require significant effort but will draw people to these former downtown cores (each was formerly its own town or city before the 1973 amalgamation) and to the riverfront that runs throughout our community.”

While each core is in various stages of completion for streetscaping efforts including sewer, water and stormwater upgrades, Bromberg says additional plans call for mixed use developments, including ground floor commercial with upper level residential. “In the meantime each area is getting a boost with beautification initiatives and efforts to create more walkable sidewalks and defined curbing.”

James Goodram, the city’s director of economic development, says core area initiatives have been consolidated under the economic development office with a dedicated staff person.          “The overall goal is to create pedestrian-friendly core areas,” he said. “Beyond development, that includes the key areas of cleanliness, maintenance and security.”

Goodram says the city already boasts an award-winning patrol program. The bicycle-mounted Core Areas Patrol Program (CCAP) operates from the long weekend in May through Labour Day weekend. Patrollers are city ambassadors, and can assist with directions, First Aid and CPR, and other issues. “They also act as a second set of eyes, helping maintain security for area businesses.”

Bromberg says other initiatives include construction of a parking lot and gathering space in the Galt core. Located across from the old post office, the parking lot has been designed with the potential for a stage and green space, supporting special events and festivals.

Plans are also in place to construct a pedestrian bridge across the Grand River to connect the city across the river banks and link the University of Waterloo campus and Cambridge’s Dunfield Theatre with the new community space.

Meanwhile, the post office is undergoing a $12 million revitalization. Expected to be completed by the fall of 2017, this heritage building, designed by Thomas Fuller, the Parliament Building architect, will be transformed into a state-of-the art digital community library.

“This will be a unique library for North America,” says Bromberg. “It will preserve the heritage aspects of the original architecture but add a contemporary, modern feel with glass installations for stunning views of the Grand River.”

The library will also be unique in that it will promote tri-literacy, through multi-media, computer and print resources.

Bromberg says there are also several greenfield developments on the books including a residential subdivision near Conestoga College. “Our overall plan is to develop the options and variety in residential spaces that people want. From singles with green space to apartments in the core, people will be able to find what speaks to them here.”

As part of its effort to support developers and development initiatives, the city has just launched an online system, allowing building permit applications and documents to be submitted electronically. “We’ve reviewed elements from existing systems in other cities to bring together what we believe are the best features, as well as including features such as online payment. Not only will users be able to submit electronically, at any time, they will also be able to follow the progress of their applications through the queue,” Bromberg said.

Understanding it must always be improving, Bromberg says the city also offers a pre-consultation process. He says bringing together all of the authorities to meet with a potential developer in advance of any submission provides an opportunity for the application process to be smoother and more transparent. “We can provide initial input and have discussions early on that will make the actual submission much more efficient.”

Bob Paul, director of sustainable design and development, says the city is also focused on achieving a social, environmental and economic balance, influencing new projects from procurement to concept and completion. “We think of procurement for instance as an evaluation process, not just lowest bid. We understand the cheapest is not necessarily the wisest investment in terms of lifecycle.”

Paul says the city’s focus on using wiser decision-making processes and good governance translates to fiscal responsibility and doing what is right for residents and local businesses. He says, although the terminology is changing, this is something the city has been focused on since the 1980s. “The process now is more integrated and there are terms now for this stream of thought, but this is nothing new for us.”

Like many communities, Paul says Cambridge has set a target for all new construction to achieve the equivalent of LEED gold in energy efficiency and sustainability. “We have an urban forest plan in place that will expand our current 29 per cent canopy by much more than that within 30 years.”

Paul says, besides the heat island effect and impact on greenhouse gases, each mature tree can hold 1,000 gallons of water. He says trees are much more efficient, cost-effective and offer better added value than any built stormwater management system.

Corporate and community plans to reduce greenhouse gases and energy management plans are also among the city’s focuses, inducing regional initiatives with Kitchener and Waterloo. “We are looking for instance at replacing 40,000 street lamps throughout the region with LED lighting. Not only will this reduce our consumption by 50 per cent but as a combined investment, we’ll all benefit from reduced cost.”

Paul says the region has long understood that shared issues don’t stop at artificial boundaries and the combined communities are better and stronger when they work together.

Goodram says other initiatives include zero development charges or building permit fees in the core areas. The city also has a long history of developing shovel-ready business development lands he says, as is evident with its 110-acre Boxwood Business Development.

Among the key businesses in the area is Heroux-Devtek who just opened an 115,000 sq. ft. aerospace manufacturing facility and Shimco, a supplier to the company who began in August building a 50,000 sq. ft. project that will be completed in two phases.

He says there are opportunities as well for smaller companies and they, as well as other businesses, will be served by a new fire station to accommodate increased occupancy.

Goodram says some lots have the potential to be 100 acres or more. Given that there is not a lot of such spacious shovel-ready land in Ontario, he anticipates a great deal of interest, particularly from larger businesses.

“We’re located right along the 401 and have our own international airport. As a high tech community we have the technology that is driving advanced manufacturing,” Goodram said. “Add to that the knowledgeable and talented workforce coming out of our local universities and colleges, the beautiful landscape and you begin to see the opportunity.”

Other future Cambridge projects include a 12-storey downtown hotel and a potential multi-use recreation complex in partnership with Conestoga College. Additional development will be supported in the future by an expansion to transit services within the area through the adapted bus rapid transit (BRT) system, which will be installed as part of the light rail transit (LRT) project in Kitchener and potential for GO train service between nearby Milton and Cambridge.

In other areas, the Cambridge Memorial Hospital is currently undergoing a $250 million expansion to add services and beds to many areas of the hospital and double the size of its emergency department.

Goodram says the city also works closely with the Cambridge Chamber of Commerce. He says the 4,000-member chamber is the second largest in Ontario “We also maintain close ties to our provincial and federal counterparts so we can help local businesses tie into their funding programs to help them both to stay in the city and support their growth.”

Other collaborative efforts include the cities of Cambridge, Kitchener and Waterloo and the Region of Waterloo. “We have come together already on several trade missions to attract investment from outside of Canada in a spirit of collaboration and synergy. We recognize we are better together,” Good ram said. 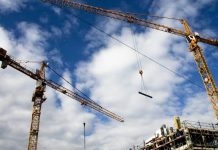 Inquests will be held in Hamilton construction site deaths 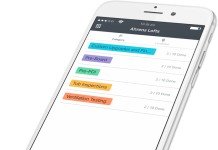 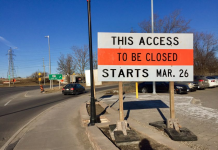