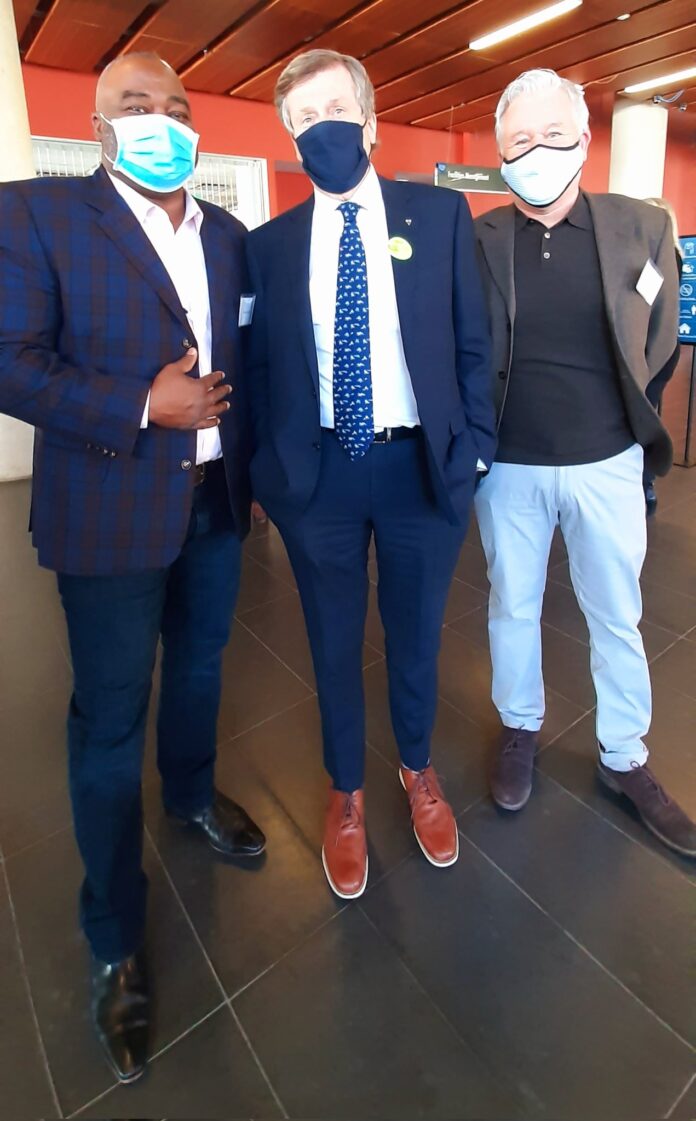 The Carpenters District Council of Ontario (CDCO) is sending a clear message of solidarity to mark Black History Month throughout February by collaborating with the Carpenters National office to promote awareness on job sites across Ontario.

“The Carpenters’ District Council of Ontario believes that workers in Canada deserve a safe equitable workplace free of discrimination,” the union stated. “On the first day of Black History Month, the carpenters’ union is standing up for the rights and dignity of members in communities across Ontario.”

Across Ontario, Canada and all of North America, the Carpenters Union has been a home for new immigrants from around the world and a leader in the workplace on workers’ rights, working conditions and training/ skills development. Standing up for workers to challenge racism, sexism and unjust treatment is part and parcel of our core values.

“February 2022 marks the 26th celebration of Black History Month in Canada. Yet, despite 26 years of recognizing the history combined with decades of effort, education and calls to action, systemic anti­-Black racism continues to exist in our country,” said Canadian District vice-president Jason Rowe.

While Black History Month celebrated every February across Canada  is a time to celebrate and honour the legacy of Black Canadians, Rowe says it’s also a stark reminder of the work that is “yet to complete in our efforts to combat systemic racism.

“It lives in many sectors, including the construction industry. Sadly, and disturbingly, UBC members face discrimination and hateful acts of violence and crime to this day. And it needs to stop. Safety, diversity and inclusion are the number one priority for the UBC Canadian District and our goal is to protect our members by eliminating racism, discrimination and xenophobia of all forms” he said.

The CDCO will continue fighting to make a difference and address injustices because every worker deserves to be respected and have the right to a safe workplace.

“The diversity of our membership is one of our biggest attributes and proudest legacies,” Campbell said. “I am grateful to the Black leaders who went before us, and that built the structures upon which we stand today,” Campbell said.

The union is proud of its track record of challenging racism in all its forms on jobsites and the collaboration with Toronto Mayor John Tory’s office and the broader construction sectors unions, employers and developers to create the Toronto Declaration of Inclusive Workplace and Communities.

“The union was pleased that its staff and members joined with community members in the summer of 2020 to build awareness of and a challenge to anti-Black racism during a summer of public rallies, in which we joined with communities on a global level and were part of true social change,” Campbell said.

“In 2022, we look forward to improving the language on Equity, Diversity and Inclusion within the Carpenters Provincial Collective Agreement to be re-negotiated this spring.”

The union will promote Back History Month on social media platforms and in discussions at construction jobsites across Ontario.

Introducing Mass Timber – The new construction technique that is key...