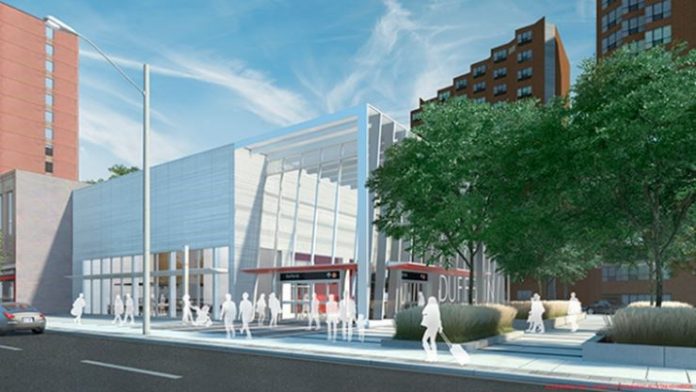 The Carpenters’ District Council of Ontario (CDCO) says it has removed a member after a noose was found hanging at an Eglinton Crosstown LRT construction site last month.

After a review of the events, Local 27 issued a press release confirming it requested and received a resignation from an individual who had recently joined the CDCO.

“Local 27 denounces these acts in the strongest terms and supports our industry employer colleagues in their swift removal of the individual, union president Mike Yorke said in a press release. “Behavior that makes anyone feel unsafe on construction worksites will not be tolerated, and accountability rests on everyone in the industry to create safe and respectful workplaces.

Yorke says carpenters remain committed to creating safe, just, and respectful workplaces for the thousands of women and men in the skilled trades.

Local 27 has endorsed a ‘Charter of Inclusive Workplaces’ which is prominently posted at jobsites and can be found at www.carpenterslocal27.ca.

In a statement, a spokesperson for Crosslinx Transit Solutions, the builder of the Crosstown LRT project, confirmed a noose was found July 28 at the Fairbank (formerly Dufferin) Station work site near Dufferin Street and Eglinton Avenue West.

“The person(s) responsible will be held to account for their heinous actions,” the statement read.

Ontario’s transportation minister reacted on Twitter last week, after a noose was found at a MetroLinx construction site in Toronto.

“I have spoken to the CEO @Metrolinx and the @TorontoPolice hate crime unit was called to investigate,” Caroline  Mulroney said in the tweet, confirming the noose was found at a Crosslinx Transit Solutions construction site near Eglinton Avenue W. and Dufferin Street.

According to police, the incident is being investigated as a hate crime.

“We will get to the bottom of this despicable act of hatred,” he said in a tweet. “This will never be tolerated here in Ontario and when we find who did this, there will be consequences.”

Crosslinx is the construction consortium that is building the Eglinton Crosstown LRT.

Ontario Premier Doug Ford condemned the incident, saying “there will be consequences.”

Last month, the Daniels Corporation said that a noose was found at one of their construction sites at Dundas Street East and Sumach Street.