An Ontario Superior Court Justice ordered on Nov. 22 the return of $335,000 in City of Saskatoon money fraudulently obtained by someone posing as a municipal construction contractor in August.

This means the city will recover all $1.04 million that was directed to a fraudster’s bank account through a fraud scheme.

“This is exactly the outcome we have wanted for the past three months,”  Saskatoon city manager Jeff Jorgenson reported in a municipal news release. “We are grateful to the Court and for the efforts made by many people and organizations to recover this stolen money.”

Mr. Justice Michael A. Penny reserved his decision on Nov. 5. The remaining funds had been the subject of court hearings in Toronto, where three parties claimed they had been unwitting victims of the fraud scheme.

Justice Penny found none of the remaining defendants provided enough evidence to require a trial. He also awarded the city $25 thousand in court costs.

A fraudster electronically impersonated the chief financial officer of Allan Construction, asking for a change of banking information. The city complied, and as a result, the next contract payment intended to go to that company, was directed to the fraudster’s bank account. The fraud was identified on Aug. 12.

“It’s very disconcerting that the perpetrator used my name and our company name to commit this crime,” Allan Construction’s CFO Blaine Dubreuil in an earlier statement. “We have done a security assessment and are confident that our systems were not hacked or compromised. We’ll be working closely with the City of Saskatoon and the Saskatoon Police Service as the investigation continues.”

Officials tracked down the money and the bank accounts where the funds were held were frozen until the court could rule on the matter.

Each defendant has 30 days to appeal. Until then the money will be held in trust by the city’s lawyers.

Jorgenson says the city is currently finalizing the costs of the recovery and has already installed tighter accounting measures at City Hall.

“The finance team has worked closely with our internal auditors to implement appropriate controls that are now in place to help ensure that nothing like this happens again.”

Jorgenson anticipates an update report on the full cost of the recovery and findings of the root cause investigation will be provided to City Council before year-end. 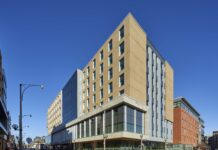