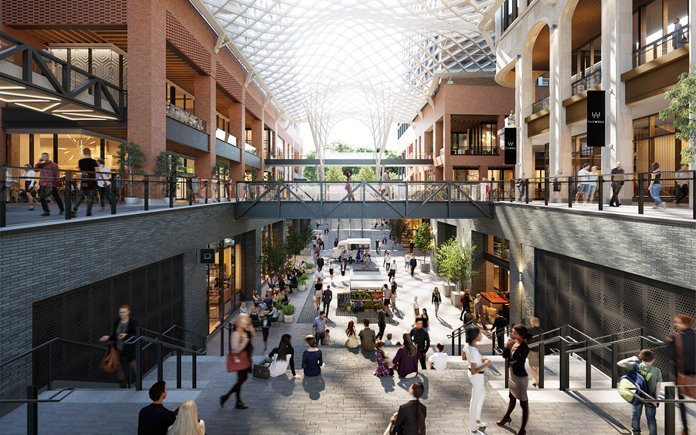 A system that uses cold water from Lake Ontario to cool more than 80 downtown Toronto buildings is the subject of an environmental assessment aimed at expanding its capacity, to provide air conditioning to even more properties and people.

The roughly $100 million project is targeted to be operational for the 2023 cooling season, and the sustainable energy project will be supported by $10 million in federal funding, through the Low Carbon Economy Fund, according to project details.

Since 2002, the City of Toronto and Enwave have operated under an existing Energy Transfer Agreement (ETA) that facilitates the transfer of cooling energy from the City’s water infrastructure into Enwave’s District Energy System, through heat exchangers.

Although the system has the capacity to meet current demands, Enwave anticipates close to 35 percent increase in its customers’ cooling demands in the near future. There is opportunity for the City and Enwave to amend the Energy Transfer Agreement and expand the Deep Lake Water Cooling (DLWC ) system to meet the cooling demand in a mutually beneficial way. The assessment will examine the proposed expansion of the DLWC supply, according to the City.

“As Toronto grows over the next 20 years, Enwave is committed to making our city more resilient by providing innovative, sustainable heating and cooling in support of the City’s growth,” said Carlyle Coutinho, president and Chief Operating Officer, Enwave Canada.

So, how does the current system work? Well, Enwave provided these details:

As with the existing system, the cold water would pass through new raw water heat exchangers at the ETS. The warmed up raw water would then be transferred to Enwave’s existing Simcoe Street Cooling Plant (SSCP) via an existing tunnel. At the SSCP, the water would provide supplemental cooling when needed before being discharged back into Lake Ontario via an existing connection to the City’s stormwater system.

Enwave says the City would benefit from the expansion of the DLWC supply in a number of ways, including: