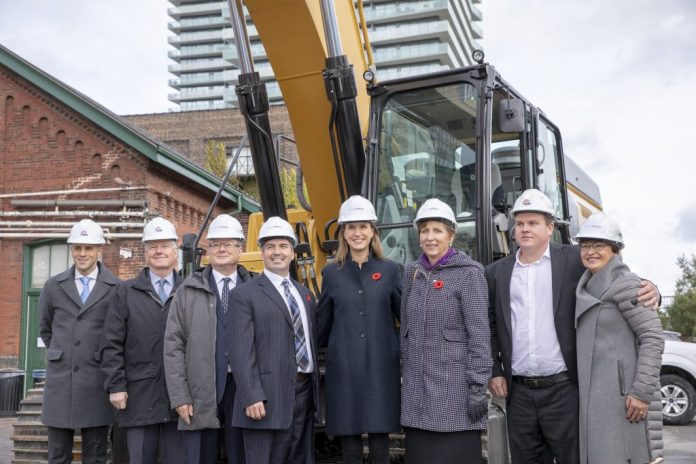 Collège Boréal has started the construction of its future campus in Toronto’s Distillery District.

The new campus, known as the Ribbon Building, is a 100,000-square-foot building spread over four floors, doubling its existing floor space. The Government of Ontario is investing $15 million in the project, while Collège Boréal’s contribution is $6.7 million.

“Moving Collège Boréal’s Toronto headquarters to a new and innovative campus in the heart of Toronto’s famed Distillery District is a major turning point in the history of our Francophone institution,” said Collège Boréal President Daniel Giroux. “This campus will ensure the ongoing provision of French language professional training in Toronto, contribute greatly to the community’s Francophone continuum and energize the Francophone presence in a dynamic and inspiring urban space.”

Established in 1995, Collège Boréal is a French language post-secondary training and learning institution. It offers comprehensive programs and services in seven campuses and 38 access centers in 27 communities throughout the province.

Construction of the new campus is expected to take place in 2020 or early 2021.