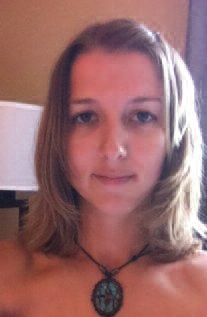 Growing up in Port Dover, Parker’s first work experiences were at variety of businesses in a local industrial park. She says initially she was attracted by the good pay, the benefits and the pension a career with the union offered. Since that time she has found she enjoys being busy, enjoys the satisfaction of hard work, and of creating something tangible.

“Through the union I was able to work for five years in the west,” she said. “One of my jobs was at a steel shop where we were creating pieces that went on to become something we could see being erected and something that will go on long after most of us are gone. That kind of work is very satisfying.”

Parker says beginning her career at a young age, and looking younger than her age to boot, there has always been a bit of a transition stage when she begins a new job. She says it takes a while for the people she works with to recognize that she is there to work and she is competent. Once that has been established however, she says they are always willing to have her back.

“Women may have to work harder than men to prove themselves, and they may need to make it clear when they arrive that they are there to be a worker, not to be a woman, but once that is established, it’s all about what you can do.”

She says it helps that some of the older generation has retired and many of those left have been forced to rethink what they once believed. That, she says, includes understanding that women often bring an attention to detail and level of patience to projects that in the end is very beneficial.

Parker says she recommends trades as careers women should be open to trying, noting that they aren’t for everyone but that you don’t always know until you try. She herself has discovered courses, specifically for women, to help in the learning process.

“I took a WOWW (Women Only Welding Workshop) through Conestoga College. It was for women and taught by women and was partly an introduction to the field and partly an opportunity to build confidence so that those who enjoyed it, could do it and could compete.”

She says the students included some who were there for personal interest and some who were investigating career options. The course was an open, non-judgmental opportunity to come and try something and to either be inspired or to walk away without any negatives.

From her own workshop, Parker discovered a passion for welding. She now hopes to get her welding ticket and to advance her career in that field.

Parker says she recommends that everyone try a course or two in the trades, or try a general labour position when they can. “Keep an open mind about the options. Don’t delay just because you’re afraid you can’t because chances are, you can.”