The concept seems right out of a science fiction movie, but the idea of travelling in ultra-high speed pods powered through magnetic levitation – the hyperloop – is turning from fantasy to prototype initiatives around the world. Among those inspired is a Toronto based company that believes it has a better solution than current proposals for high speed rail in eastern Canada.

TransPod issued a news release in July saying that an ultra high speed line in southwestern Ontario between Toronto and Windsor would cost half the projected cost of a high speed rail line along the same route, while offering faster and more efficient transportation for passengers and cargo, at more than four times the top speed of the rail option.

The company asserts it could connect Toronto and Windsor in 30 minutes rather than two hours as proposed in the current high speed rail proposals, at a cost of $10.3 billion instead of $20.9 billion. The pods would travel at an aviation defying speed of 700 km per hour. The total cost per kilometre (for 350 km.) would be $29 million for the hyperloop system compared to $55 million for high speed rail.

While this sounds crazy, the idea of pods travelling in what could be described as giant pneumatic tubes isn’t a new idea. Earlier versions (the first envisaged steam power to operate the system) have been around for 100 years. Recently Tesla and Space-X founder Elon Musk started work on a hyperloop test site in California, and he has proposed the system could link U.S. eastern corridor cities between Washington and Boston.

Meanwhile, the Government of Ontario recently announced an investment of $15 million for an environmental assessment of its plans for an high speed rail line along the Toronto-Windsor corridor. Premier Kathleen Wynne introduced a study conducted by former federal minister David Collenette, to present one option for a way forward to tackle the growing challenges of urban mobility, environmental sustainability, and economic growth in the region.

“Southwestern Ontario accounts for 50 per cent of the province’s GDP, and developing high speed transportation for the region will absolutely benefit and strengthen its economic growth and global competitiveness,” says Transpod’s co-founder and CEO Sebastien Gendron.

“But we need to future proof ourselves, and we can’t continue with outdated technology. Countries like China, Japan, and South Korea have already moved past high speed rail and begun building much faster trains using magnetic levitation – the age of high speed rail has come and gone, and the technology will soon be obsolete. We strongly urge the Government of Ontario to consider hyperloop feasibility, for its cost efficiency and speed advantages, in its next assessment,” Gendron said in a statement. 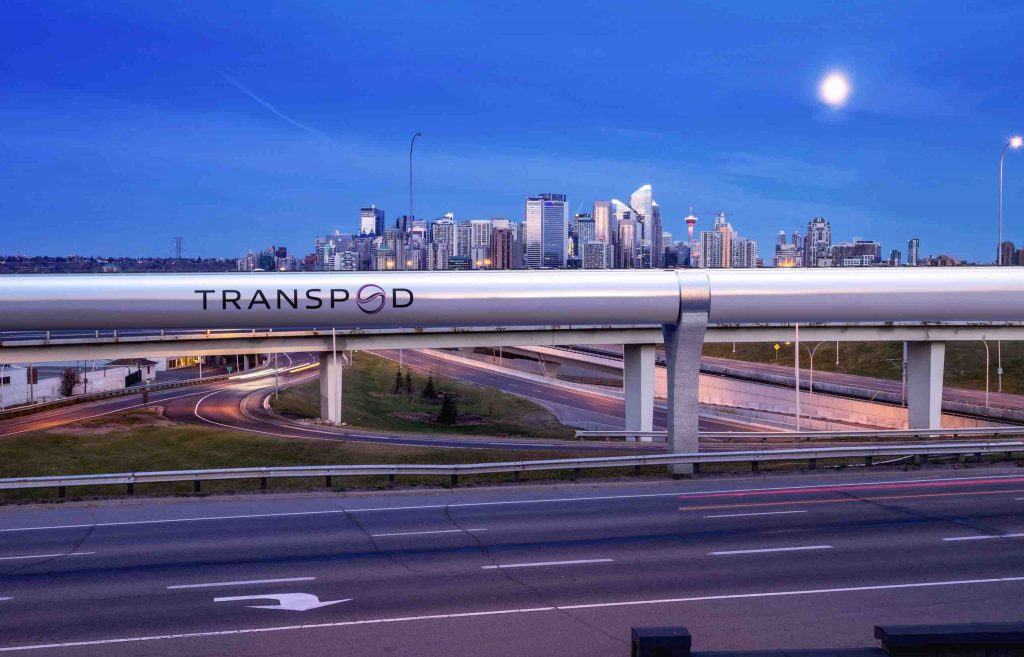 “Smart infrastructure can help to alleviate environmental, economic, and even housing concerns, in order to sustain future growth. We cannot continue to be laggards, especially in a province whose economic growth and quality of life may potentially have rippling effects across the country. TransPod, would appreciate and welcome the opportunity to work with the Ontario government to assess hyperloop feasibility.”

“TransPod’s breakthrough research, and made in Canada technology, will enable convenient, safe, ultra high speed journeys to be as simple as waiting five minutes for the next station departure,” said Ryan Janzen, TransPod’s co-founder and chief technology officer.

“The TransPod vehicle uses cutting edge aerospace technology, while the interior will be reminiscent of an advanced aircraft cabin with rows of seating. The riding experience is smooth, comfortable, and fast. This technology is being developed in Canada with TransPod’s global industrial partners, to redefine future transportation.”

In November 2016, TransPod announced the closing of a seed round for $15 million US., and is continuing to invest in research, product development and global growth. In March 2017, the company announced the opening of three offices in North America and Europe to accelerate the development of a commercially viable hyperloop system by 2020.

Then in June, TransPod announced a partnership with Liebherr-Aerospace to develop next generation thermal management technology for the hyperloop system.

The hyperloop, otherwise known as the Vactrain (vacuum tube train) traces its root to 1799, when George Medhurst of London conceived and patented a stratospheric railway that could convey people and cargo through pressurized or evacuated tubes, according to a Wikipedia report. There were other (sometimes seemingly far fetched) ideas and concepts through the next centuries.

Outside of Elon Musk’s current initiatives, the most recent hyperloop project occurred when Marcel Jufer, from the Swiss Federal Institute of Technology in Lausanne, proposed the idea of a vacuum tube train between Bern and Zurich in the early 2000s.
That idea failed.

“It was kind of bad timing for them,” TransPod’s Gendron told the Canadian Broadcasting Corp. “They went bankrupt after the financial crisis.”

The CBC report indicates the central opposition to hyperloops isn’t entirely the cost of building the system. It’s convincing multiple levels of governments to back the idea, as well as convincing the public that hyperloops are safe and worth building.

One challenge with the hyperloop model is that all pods must move in the same direction, and if one pod slows down, every other pod would also need to reduce velocity at the same rate. As well, the hyperloop system takes much land, in part because of the distance (upwards of 50 km) for each pod to accelerate to its maximum speed, and then to stop.

The infrastructure would require rights of way and electrical and safety controls. In TransPod’s concept, there would be 40 piers per km in an elevated guideway system, with four pumping stations and controls per km, two emergency exits per km, and a power substation to allow electrical connections to the grid every five kms.

Gendron believes that the first commercially viable prototypes won’t be unveiled until approximately 2020.

“Usually construction takes around five to seven years,” he said. “And by the time the line is built, we expect the first line to be operational by 2025 and 2030,” he told CBC.