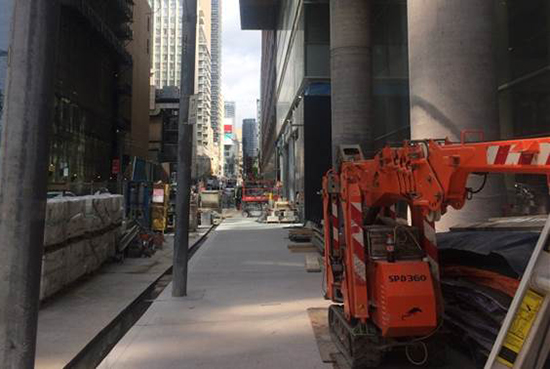 Zurich Insurance Co. Ltd., which provided the surety bond for Bondfield Construction’s work on Toronto’s St. Michaels Hospital, says in court filings that it should not be required to pay for the project because of alleged corruption in the bidding process, The Globe and Mail has reported.

The bonding company, which reportedly took the largest surety hit in Canadian history when Bondfield and affiliated companies filed for bankruptcy protection last year, alleges in a Statement of Claim that one of its consultants discovered emails in March that “appear to prove collusion” on the $300 million hospital redevelopment, which is now about two years behind schedule.

The insurance company says alleged corruption in the bidding process means it isn’t required to pay for the project – raising questions about who will need to fund the unfinished $300-million redevelopment, contracted through an Infrastructure Ontario public/private partnership agreement.

Zurich’s lawyers assert that its surety contract obligations have been voided because of alleged “secret back channel communications” after, the bonding company asserts, Bondfield provided a secret email address to a hospital official so he could pass information about the bidding process to former Bondfield CEO John Aquino.

The insurance company asserts in the court filings that Aquino supplied former St. Michaels employee Vas Georgiou with his own “secret Blackberry device” which the pair used to communicate and ensure Bondfield under-bid its competitors when it was awarded the contract in 2015, The Globe and Mail reports.

“Had Zurich known that Mr. Aquino and Mr. Georgiou were colluding to ensure that (Bondfield) would submit an artificially low bid … it would never have issued any bonds in connection with (Bondfield’s) bid . . . let alone bonds that exposed Zurich to over $300-million in liability,” Zurich’s statement of claim alleges.

In an emailed statement to the newspaper, Zurich Canada’s CEO Saad Mered wrote: “This proceeding reflects our very serious concerns about the integrity of the bidding process.” Mered declined further comment, citing the legal action.

None of the allegations have been proven in court and no statements of defence have been filed. Aquino did not respond to requests for comment, The Globe and Mail reports.

“Peter Brauti, a lawyer for Mr. Georgiou, said his client will not comment on matters before the court. In a statement, St. Michael’s Hospital also declined to comment for the same reason,” the newspaper reported.

The broker said then that the default coupled with “several (other) high profile contractor defaults,” has led to direct losses of slightly more than $400 million (on $565 million of direct written premiums) as of September, 2018, representing a loss ratio of 71 per cent. “This compared to a loss ratio of just over 11 per cent for the same period in 2017,” the broker reported.