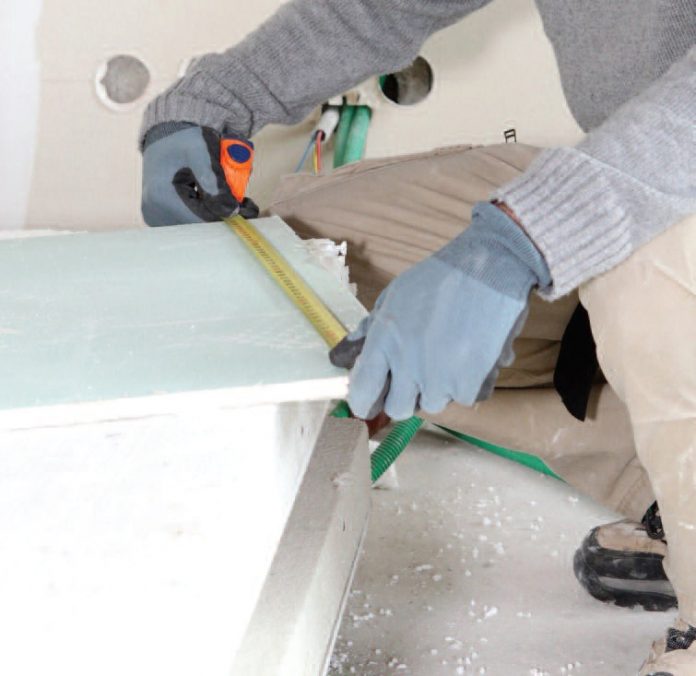 The federal government has decided to fast-track inquiries into gypsum board antidumping duties, but it appears the additional taxes of up to 276.5 per cent will remain in place while the Canadian International Trade Tribunal (CITT) conducts the reviews.

Although the consequences to the industry are most severe in western Canada, eastern Canadian gypsum board distributors say there are problems in the market in Ontario, as well, as a result of the new duties.

Prices will increase by 6 per cent on Nov. 1. “We are in allocation and tight supply,” one Ontario-based distributor said. “We cannot get all the lengths or some specialty board without having to wait one week plus. We cannot stock up to protect the prices we have sold on ongoing projects, so we have to take the loss.”

The problems are even more severe in the western provinces.

Builders there were shocked by the sharp increases in drywall costs when CITT introduced the tariff on Sept. 6. Contractors and builders who budgeted and contracted work at the lower pre-tariff prices are reeling, especially in Ft. McMurray, which is rebuilding after the devastating fire there earlier in the year.

The Canadian Home Builders Association (CHBA) has joined in the lobbying efforts to have the duties reconsidered or eliminated.

“Our Government has listened to the concerns of Western Canadians. With this action, we are putting in place an expedited process to look into the unintended impacts that these duties may be having,” reads a statement from Bill Morneau, the federal minister of finance. “I look forward to the CITT’s independent review of this matter so the government can determine the best path forward in ensuring a strong Canadian economy and middle class.”

The government imposed the duties following a complaint by CertainTeed Gypsum Canada Inc. That US competitors – including CertainTeed’s own US operations – were unfairly selling their gypsum board in Canada at prices lower than they were charging domestic US clients.

“The scope of the anti-dumping investigation only considers the domestic market for drywall producers, not the impact on the rest of the industry and end-users,” CHBA chief executive officer Kevin Lee said in a statement. “There was not sufficient attention paid to the unintended downstream effects of this decision or the implications for the public interest.”

“These extremely high duties ranging from 105.2 per cent to 276.5 per cent, on about half of the drywall sold in Western Canada, will severely affect the businesses of drywall contractors, builders and renovators, who will face losses on contracts already in place for the months ahead. At a time when our governments are seeking to avoid further housing price increases, this supply shortages and higher costs for drywall are the last thing we need in the already vulnerable Alberta market,” said Carol Oxtoby, a developer in Calgary, AB.

(While the number seems high, a duty of 105.2 per cent in fact is a 5.2 per cent tax, applying to Georgia-Pacific Gypsum, LLC. Ironically, CertainTeed’s US counterpart, CertainTeed Gypsum and Ceiling Manufacturing Inc. has a greater duty at 125 per cent, somewhat lower than United States Gypsum Company at 143.6 per cent. It is unclear what market share each of these providers, and “all other manufacturers at 276.5 per cent, have.)

“We should be concerned that smaller companies may be forced into bankruptcy, as existing contracts may force them to fully absorb cost increases,” Lee said in the statement. “As the Alberta economy seeks to recover, a duty that harms businesses and damages affordability for home buyers is a major step in the wrong direction. Worst of all, the impacts of higher prices and shortages will be felt severely in Fort McMurray, affecting the rebuild there so important after the fires.”

“You already have a high-priced housing market in Greater Vancouver and the lower mainland,” said Nathan Stone, a builder in the Fraser Valley of British Columbia. “No one can afford further increases to construction costs. This increase will have a negative impact on new home buyers and homeowners’ renovation projects. Many of our drywall companies are at serious risk with contracts already in place.”

“Although the duty is on imports to our Western provinces, this isn’t just an issue for the residential construction industry in the West,” says Bob Finnigan, national president of the CHBA and builder in Toronto. “This is quickly becoming a national issue. We are already seeing ripple effects on price and warnings of supply restrictions in Ontario as uncertainty about the supply of drywall grows and Ontario plants potentially start to have to supplying the Western markets. As we try to keep house prices contained in the GTA, increases in drywall prices and potential shortages will only make matters worse.”

The CBSA decision with an immediate imposition of extremely high provisional duties the CHBA said in its news release. While the process is ongoing and final determination is still months away, the negative impacts on industry and consumers of the duty are being felt now, the association said.

“While we respect the process, suffering companies cannot wait (until January) to see the final decision on this,” says Lee. “Even if duties are reduced or eliminated in the end of the review process, or if we have to request a hearing into the public interest because the duties are upheld – the damage to industry will be done. In the meantime, efforts to reduce house prices and protect affordability, as well as those to support the economy as it seeks to recover, are being undermined severely.”