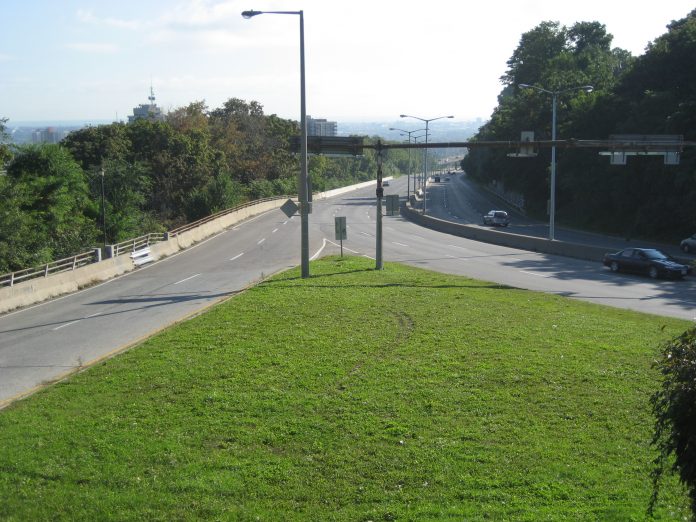 The Hamilton Spectator has reported the northbound lanes of the Claremont Access had been closed for urgent repairs and would remain closed for several days on what it calls “yet another section of failing retaining wall.”

The paper reports the closure impacted from Upper James St. at Inverness to Victoria Avenues south at Main” and required a contractor to come up with “a safe plan to remove the problem wall.” The section is just north of the site on the 70s-era retaining wall that failed and resulted in road closures in 2012.

A previous engineers’ report issued in 2012 cited overhanging trees as the cause of the 2012 issue, and while 80 trees were removed at the time, the city noted that “dealing with overhanging growth is an ongoing maintenance issue because it is considered unsafe to rip out trees rooted in the bin wall.”

The Spectator reports the city is long looking at long-term solutions for the wall and a report is expected sometime in 2017.

Engineering director Gary Moore has reportedly said, though, that fixing or ripping out bin walls all along the escarpment roadway could cost tens of millions of dollars. City staff are also recommending installing a new bike and pedestrian path in the area.