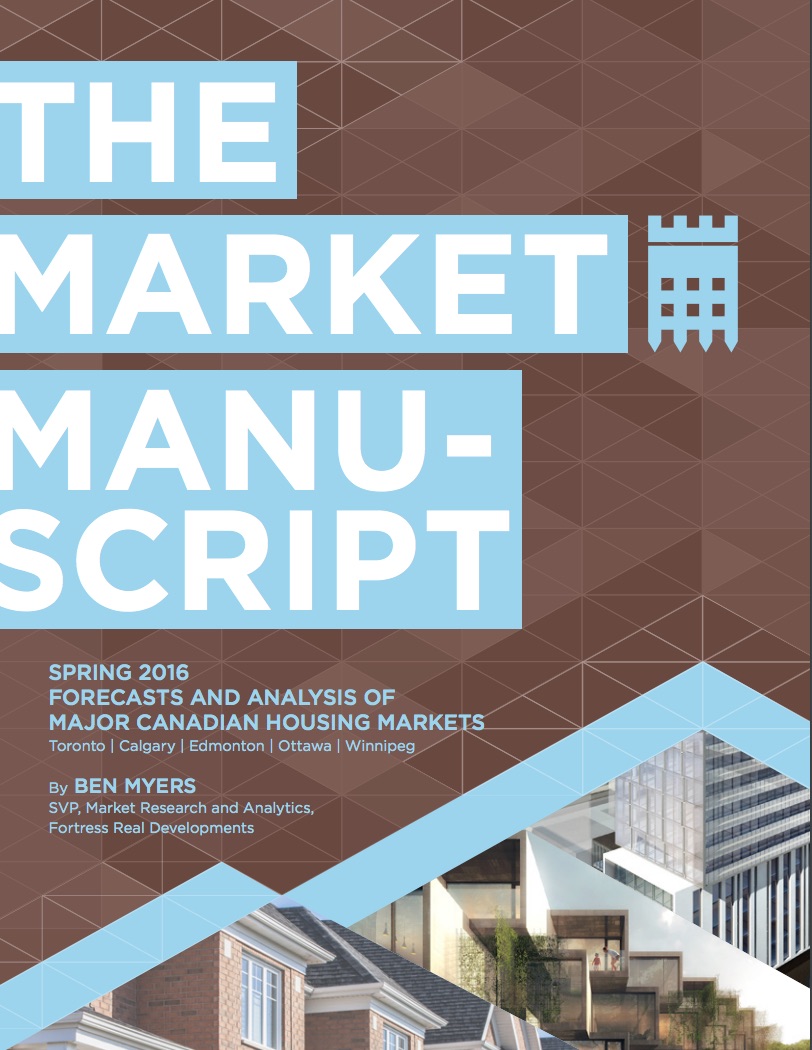 Despite a decade of warnings, the latest “hot button” threats to housing market stability: foreign investors, mortgage fraud and over leveraged buyers have no comprehensive statistical support, says Fortress Real Developments in the Spring 2016 edition of the Market Manuscript.

“No government agency or private entity publishes data on international home buyers or their source of funds,” says Ben Myers, senior vice-president of market research and analytics at Fortress, and author of the report. “It is impossible to fully assess the impact of foreign buyers, inappropriate mortgage activity, or the extent to which Canadians are responsible borrowers based on the currently available data. With the limited information out there, and our own survey research, we feel the fears of a major house price correction are overblown.”

The Market Manuscript presents results from three sources of original content, a survey of mortgage agents and brokers, and surveys of the general public via social media and the website BuzzBuzzHome, the leading source of information on new construction homes.

Foreign buyers – mortgage professionals surveyed by Fortress indicated that approximately eight per cent of their clients were foreign buyers or recent immigrants, while 25 per cent of respondents supported a ban on foreign buyers as a way to prevent a housing correction in Canada.

Overpriced housing – over 42 per cent of respondents to the Fortress public survey (distributed via social media) listed overpriced housing as their top choice as a potential catalyst for a housing correction in Canada. Many economists and financial institutions have warned of overvalued housing, with many of the international sources like Finch Ratings, IMF and OECD making the most egregious housing price evaluations. These foreign sources scored poorly in separate poll question on the trustworthiness of sources of housing analysis on the Canadian market, ranking behind bloggers and financial institutions that work outside the housing industry.

Metro level assessment – the Toronto housing market continues to defy logic, with over 43,000 new units easily absorbed into the market in 2015. Calgary and Edmonton are reacting differently to the energy market slowdown, with resale housing faring better in Edmonton, and new home sales performing better in Calgary. The Ottawa market has re-emerged post-election, while Winnipeg remains stable following their recent market boom.

To download a free copy of the complete market manuscript, visit http://fortressrealdevelopments.com/news/the-market-mauscript-spring-2016.