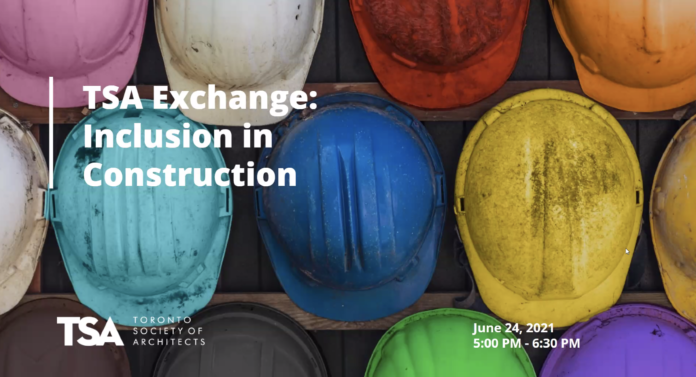 Representatives from an architectural practice, a general contractor and a labour union outlined their challenges and progress in achieving greater workplace inclusivity and diversity at an online forum in late June about Inclusion in Construction, co-ordinated by the Toronto Society of Architects (TSA).

Their common observations: Progress is being made, but the AEC community has a long ways to go in creating a welcoming environment for women, gay and Black employees. However, they shared their observations about progress in opening the doors for a more diverse workplace environment. 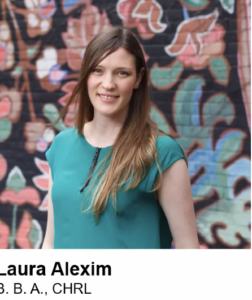 Laura Alexim, director of People and Culture at Tuner Fleischer Architects, says it “took the tragic death of George Floyd” killed by a Minneapolis police officer in May, 2020, re-sparking the Black Lives Matter movement, “for us to reflect really inwardly, on how we’re actually doing.”

The 196-member practice has offices in Toronto and Halifax.

“And as we deliberated on how to react, I knew that it was important that we didn’t simply put a black square up and take no action. We also knew that we had to determine ways we could have some quick wins and focus on the deeper work that we needed to do as a studio.”

The result – a slogan “Together, we can do better,” has marked the start of what she says is a “long and humbling journey ahead of us” to truly improve diversity and inclusion in the workforce.

“One of the first steps that we took was to conduct a truly comprehensive employee experience survey with a session focused on gaining a better understanding of how our studio experienced inclusion or exclusion,” she said. The architects learned there was a significant level of diversity “when it came to sexual orientation, gender expression and gender identity within our studio members in a way we hadn’t comprehended before.”

This resulted in a decision to include gender pronouns in email signatures, as the Turner Fleischer joined the Black Architects and Interior Designers Association (BAIDA) as a sponsor and began posting job opportunities there, as well as developing mentoring projects to encourage more diverse participation with industry.

In addition, starting at the leadership level, the practice has engaged in “courageous conversation” groups to encourage open discussion about the “impact diversity, equity and inclusion within our studio.”

Much work lies ahead to “develop inclusive leadership competencies and more broadly, inclusive culture internally, and hopefully to have impact across the broader studio,” she said. 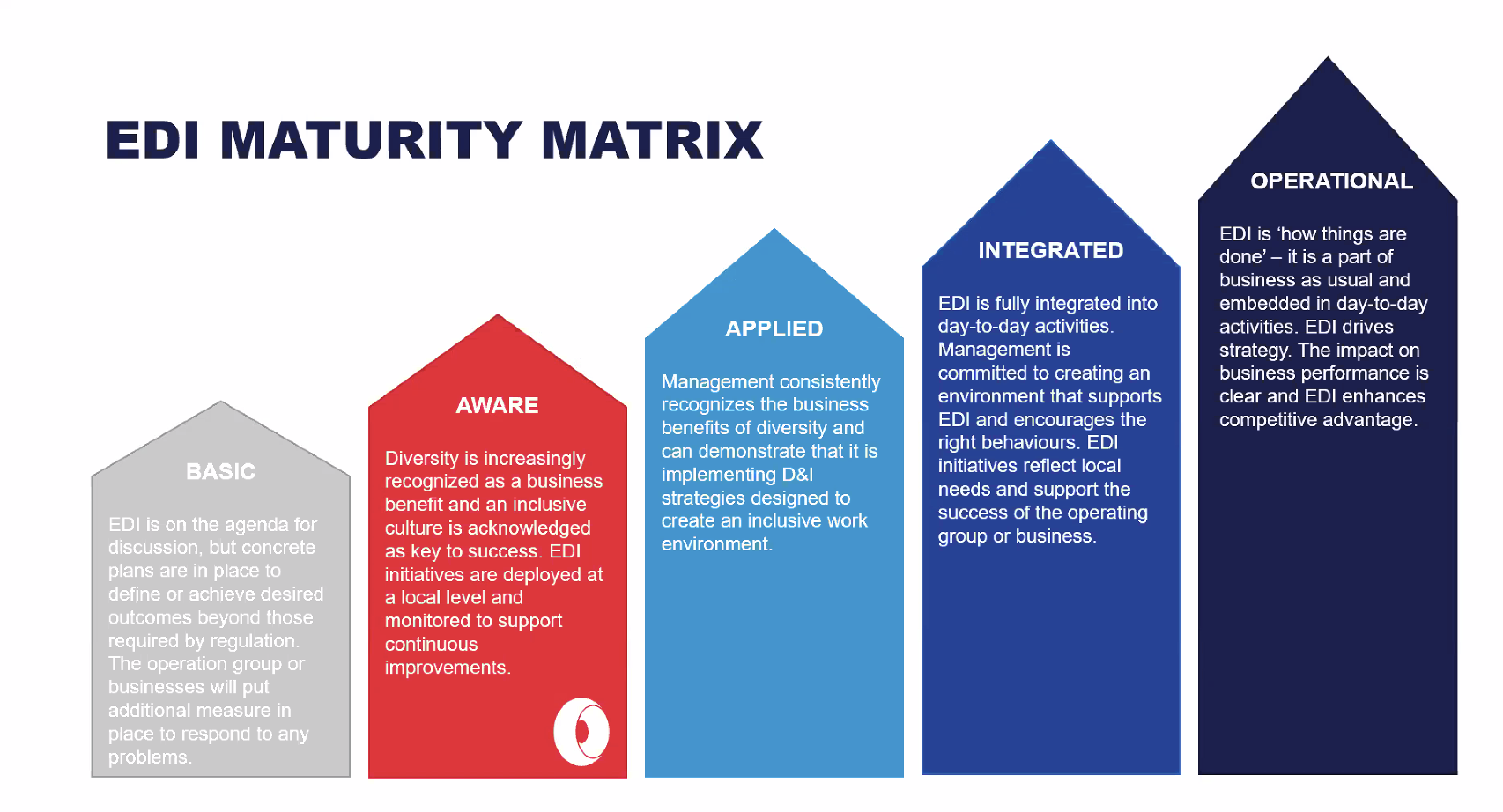 Nicole Monaco, director of marketing and communication of Chandos Construction says Chandos is Canada’s only B Corporation certified builder. Chandos has four key values: Inclusive, collaborative, ingenious and innovative, she said. The Edmonton-based contractor has seven offices (including ones in Toronto and Ottawa) and more than 500 employees across Canada.

“We have specifically highlighted diversity as a key strategic initiative over the next five years,” she said.  This is “embedded in our leadership’s focus and energy” — and includes social procurement to “support businesses es that are owned by equity seeking groups or hiring and working with communities that wouldn’t be common or connected in our supply chain.

She said “we have committed five per cent of our spend by 2023 to “these types of vendors and partners.”

She said change won’t be immediate. “There’s always going to be continuous improvement.”

Chandos has developed Employee Resource Groups, specifically to encourage women in construction and the contractor has started to collect demographic survey data “so we really could understand our people.”

Chris Campbell, equity and diversity representative for the Carpenters’ District Council of Ontario (CDCO), described how the union is working to resolve issues relating to racism, sexism, homophobia and discrimination within the union.

The CDCO has 30,000 members province-wide, and the Carpenters’ Union has had a Toronto local for almost 139 years, reflecting the “diverse cultures, religion, race and sexual orientation.”

“We’re not 100 per cent there at my union in terms of leadership or commitments or boards or the executive,” he said..“But its a work in progress.”

He said the union discovered that two of its members had been involved in some of hate-based noose incidents at GTA construction sites in recent months.  One was dismissed from the union, and the other is going through the union’s disciplinary system and the “union is in the process of going through democratic sequence of getting him kicked out of the union for his despicable behaviour.”

“We also started anti-Black racism and discrimination training for our staff, our membership and our jobs because we saw the need to go a little bit further to explain the hurt that folks experience on site.”

He said the union wants to encourage members experiencing hate or discrimination to come forward, initially to their shop stewards, and then if necessary to foreman and union business representatives so the union can take measures investigate and resolve the problems.  “We want to reinforce the idea that they’re not there by themselves,” Campbell said.