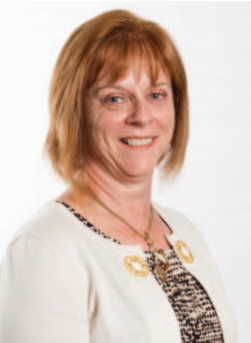 Janet Mascitelli is retiring from her 32-year-career in the Ontario surety industry on March 1.

Mascitelli joined Trisura when it was a fledgling startup in 2006, after several years working in her hometown of Saint John, NB with CIBC, and later in Toronto as a financial analyst and a contract surety underwriter with GCNA.

“Like most people, Janet stumbled upon the surety industry, and she was one of only a few women in the field at that time,” a Trisura spokesperson said in a statement.
“Through her experience, dedication and integrity, Janet was instrumental in helping build and lead Trisura’s Toronto surety team,” Trisura said. “While most of her time was dedicated to contract surety, she transitioned over the last few years into developer surety, helping set up the department for future success.”
“A true ambassador to Trisura, Janet was always involved in the company’s activities and events, especially when it came to support various charities. Janet has been a great teacher and mentor to all the underwriters that worked for her, and a great friend, colleague and inner conscience to everyone that worked alongside her.
“For the brokers that worked with Janet, she always had a passionate, warm and trusting appeal, while at the same time would never mince words. You would always know exactly what Janet was thinking, and it was always with everyone’s best intentions in mind.”