The Ontario government’s new legislation to modernize and expand the Construction Lien Act—now to be known as the Construction Act (hinting at its broader mandate) —sets out to improve cash flow efficiency between owners, contractors and sub-contractors by both (a) setting timelines for the prompt payment of invoices and (b) speeding up the resolution of payment-related disputes through an adjudication process.

This is the first major update to the Act in more than 30 years and it appears to apply across the board, from relatively small projects to large megaprojects such as the major transit expansions planned for the Greater Toronto and Hamilton Area (GTHA) in the coming years.

The plan appears to be to phase in the new rules – modernization of the lien and holdback process will come into effect first on July 1, 2018, followed by the prompt payment rules and the adjudication process next year on October 1, 2019.

Refreshing the Act with the new adjudication provisions is seen as a much needed step forward that – if done right – will ultimately make it easier for contractors to operate in Ontario, potentially attract new players to the Ontario market, and set the example for the rest of Canada to follow. Other international jurisdictions that have already implemented similar provisions have seen positive effects such as: (a) reductions in payment gridlock, (b) decreases in contractor non-performance issues and (c) less construction litigation in the court system.

At a high-level, the Act puts a solid general adjudication framework in place. The devil, however, is always in the details in our experience. Indeed, additional guidelines would be helpful, including details with respect to:

Adjudicating a dispute in an ongoing project is not a new concept in Ontario construction contracts. However, a distinguishing feature of the new adjudication framework is the tight timeline for making a decision. In general, the adjudicator will have only 30 days to make a determination after receiving the contract and any supporting materials from a claimant. (This period can be extended under certain circumstances, but this goes against the spirit of the new legislation which is intended to speed up cash flow and defeats the purpose of imposing a deadline in the first place.)

As with any new legislation there is likely to be uncertainty around the adjudication framework – publishing guidelines would go a long way to clarifying the legislation, as well as to help organizations effectively prepare themselves to deal with the new rules.

We can also learn from issues that have surfaced in other jurisdictions that might help inform us about what to expect:

The first issue is that, in cases where the dispute involves complex issues of fact or law (on a megaproject, for example), the adjudicator can sometimes feel rushed into making a decision that may seem like “rough justice.” Maybe it is worth considering a graded approach to the level of procedure and timelines associated with the adjudication process depending on the nature and scale of the project.

Second is that the decision of the adjudicator can be misunderstood as simply an interim decision that can be fixed later in arbitration or litigation. While the revised Act is clear that an adjudicator’s decision is binding but not final, the practical effect in other jurisdictions has been that a decision carries significant weight, making it difficult to reverse.

Third is that project teams are often stretched as it is, and the additional intense activity required to fully investigate and gather appropriate evidence could divert attention from the fundamental goal of delivering the project.

Fourth is that project teams can sometimes delay bringing claims, or in some cases wait to the end of the project and submit a huge claim. While the revised Act is clear that an adjudication can be commenced if notice is given before the completion of the contract (unless the parties agree otherwise), maybe it is worth considering incentives for the project team to bring claims promptly so there is not a significant lapse in time between the submission of the claim and when the events giving rise to the claim took place.

With all of this in mind, then, project teams (public- and private sectors alike) should be considering a few fundamental questions in order to better assess their readiness to deal with the new adjudication process:

One final point is absolutely clear: a lack of commercial readiness to deal with disputes can distract owners and contractors alike from the primary objective of delivering the project. The key to success will be having the right strategies, governance, systems and people in place to manage the process before the project starts. 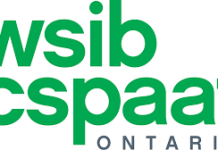