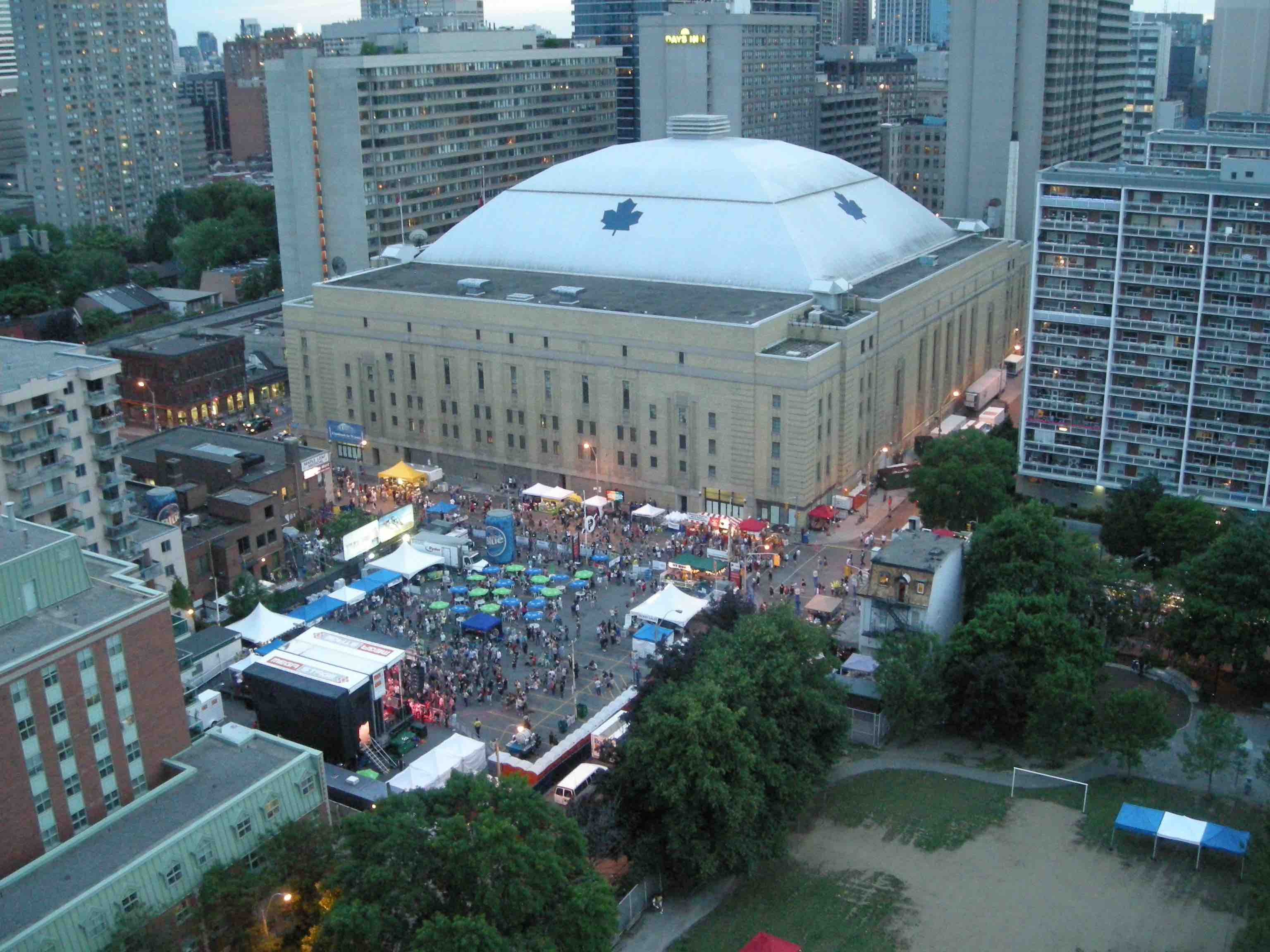 Mike Yorke, president of Carpenters Union Local 27,  has shared some labour history that shows the union’s legacy and the distinctive character of well-established craft unions.

“During the Construction of Maple Leaf Gardens, members were often paid in stocks of MLG, then these members paid their monthly ‘union dues’ in MLG stock and /or bequeathed them to us,” Yorke wrote in an email to Ontario Construction Report. “So much so, that the union had over $80,000 in MLG stocks. We then invested that money and use interest from it to support an annual student bursary for two students each year entering the first year of college or university, who are the children or grand-children of one of our members. So that great MLG legacy really lives on!”

The original Maple Leaf Gardens building was constructed in the early 1930s, as the Great Depression tore into the Canadian (and world) economy. Wikipedia reports:

To finance the construction, (Conn) Smythe launched Maple Leaf Gardens Limited, (MLGL) a management company that would own both the arena and the Maple Leafs. A public offering of shares in MLGL was made at $10 each ($155.00 in 2016 dollars),with a free common share for each five preferred shares purchased. Ownership of the hockey team was transferred to MLGL in return for shares . . .

The contract to construct the building was awarded to Thomson Brothers Construction of Port Credit in Toronto Township. Thomson Bros bid just under $990,000 for the project, the lowest of 10 tenders received, mainly due to the fact that amongst the Thomson Brothers’ various enterprises they had much of the sub contract work covered (Thomson Lumber, Thomson Bros. Excavation), and others could not compete in this manner. That price did not include steel work, which was estimated at an additional $100,000. Additional savings were made through deals with labour unions, in exchange for shares in MLGL.[13] Construction began at midnight on June 1, 1931. In what is to this day considered to be a remarkable accomplishment, the Gardens was constructed in five months and two weeks at a cost of C$1.5 million ($23.2 million in 2016 dollars).

What happened to the Carpenters Union’s MLGL shares? Yorke wrote:

Yes, we had to sell all the shares a number of years ago when MLG ownership changed hands. I think the bursary was set up around 1998, but I can confirm.

However, the bursary legacy lives on today:

So since then the kids and grandkids of members have had this financial support. Neat story and a great legacy of all those former members.

Clearly, the Carpenters Union has a deep legacy in the community — and although likely members would have preferred cash to shares during the economic ravage of the 1930s, their long-term value has lived on to the present.