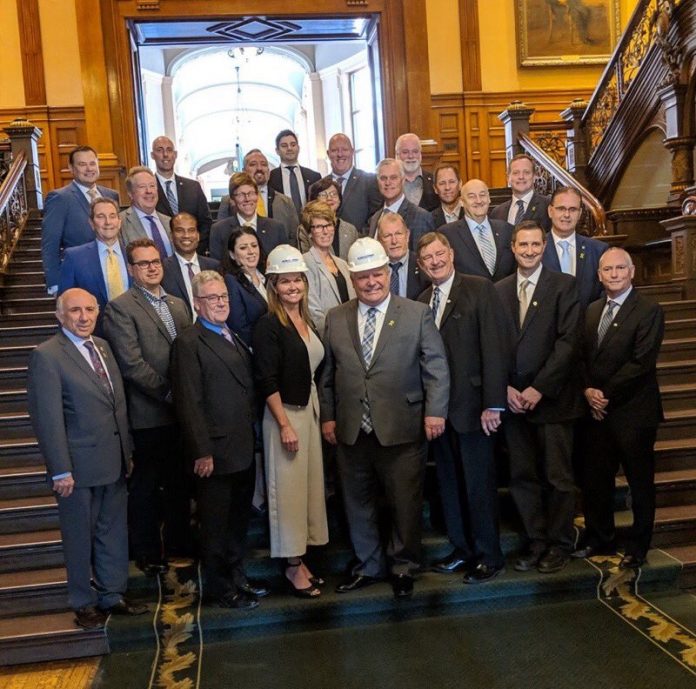 The Ontario General Contractors Association (OGCA) says its representatives met with 28 MPPS through the day at itsQueens Park “Lobby Day” in May.

“Our Lobby Day gave OGCA an opportunity to introduce itself to members of Ontario’s 42nd party,” the association reported in its newsletter. “Our aim was to highlight some of the major issues facing the Ontario construction industry.”

One of the main challenges will be the labour shortage.

“Our province needs to recruit, train and retain over 100,000 skilled workers by 2027 in order to keep pace with Ontario’s critical infrastructure demands,” the OGCA says. “We asked elected officials to promote careers in the skilled trades as noble, fulfilling and financially rewarding. We explained that without the leadership of government, Ontario will fall short on its infrastructure needs while neglecting to fill many of these good paying jobs.”

Mike Holmes and Mike Homes Jr. addressed the reception. Holmes spoke on his experience and fulfilment for his career, while encouraging and challenging reception attendees to thank tradespeople for the critical work they do, the OGCA reported.

Corebuild Construction Ltd. is creating a new learning curve – a...

Hamilton celebrates $1.3 billion in building permits after a successful switch...