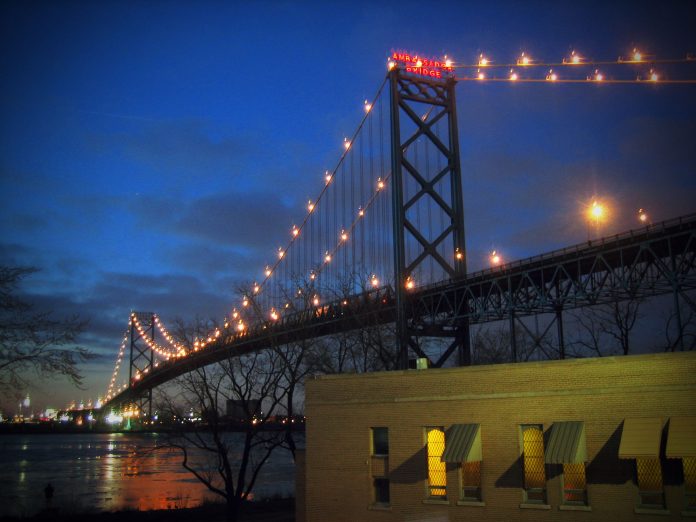 Ambassador bridge owner Matty Moroun has lobbed another volley in his fight to delay or stop construction of the planned Windsor/Detroit Gordie Howe International Bridge, with a lawsuit saying Michigan Gov. Rick Snyder and the state’s transportation department “usurped” and “hijacked” legal approvals that rightfully belonged to the state legislature.

The Windsor Star reports that several companies owned by the Michigan billionaire filed the sweeping lawsuit in late December, claiming the bridge project should be stopped and that Snyder and the Michigan Department of Transportation have no legal authority to push it through.

The 42-page lawsuit in the Michigan Court of Claims also seeks an injunction that would prevent the state government from taking legal control of two dozen properties in southwest Detroit that belong to several companies owned by Maroun, The Star reports.

“WDBA is aware of the complaint that has been filed in the Michigan Court of Claims,” said Mark Butler, spokesman for the bridge authority. “This matter is being dealt with in Michigan.”

The lawsuit comes just weeks after the bridge authority launched the final stage of the bidding process to select which global consortium will be the primary contractor.

Three short listed finalists are assembling finals costs, scheduling and designs with a winner expected to be announced by the end of this year, the Windsor newspaper reported. Construction is expected to start about six months later.

Bridge authority officials have said they anticipated further legal action by the Moroun family, but did not believe it would derail the schedule.

The original completion date was 2020, but following delays of nearly a year to launch the final bidding process, the new date is expected to be closer to 2022.

It is in Moroun’s interest to delay or stop the bridge project, because at present the privately-owned Ambassador Bridge is the only route for trucks crossing the U.S./Canada border at Windsor. When the new bridge opens, his ability to collect tolls will decrease dramatically.