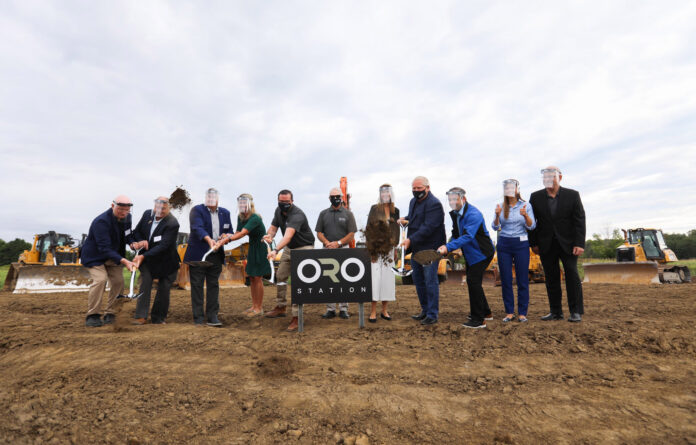 Andrew McCammon describes himself as an “unabashed, heart-on-my-sleeve ecologist” who understands the frustrations developers face as they wade through years of protocols and processes to bring projects to fruition in Ontario.

Navigating the rules and procedures governing land use, from applying for permits to getting shovels in the ground, is a complex undertaking, says the executive director of the Ontario Headwaters Institute, a group that works to protect the province’s watersheds, their natural heritage, and receiving waters such as the Great Lakes.

“I have a great deal of empathy for people (who face) an average time of about nine years from planning to construction and opening of a proposed development. We can do better with modern technology, with permit times and the transfer of files that can be streamlined. Let’s embrace all the digital mechanisms that we can.”

However, a response, he continues, is not to replace a system that many will argue has too much red tape with one that just bypasses the rigours of municipal land use planning, public meetings, and environmental assessments. That, critics like McCammon say, is happening with ministerial zoning orders (MZOs).

“What is going on now is a provincial government that has no protocols for MZOs at all, and is using them … to run roughshod in their broader campaign against what they call environmental red tape.”

While Queen’s Park has traditionally exercised authority in land use planning decisions, particularly when provincial interests are at stake, municipalities have gained more clout in making such decisions. When a development does land on the Ministry of Municipal Affairs and Housing’s desk, a process known as the one-window planning approach normally kicks in, involving, says McCammon, expert input from a variety of ministries.

“These are seasoned experts from water, agriculture, transportation, land use planning, and other departmental structures … that provide informed input on direction and meaning. MZOs have absolutely no protocols. They violate the science background, they violate the minister’s own statement of environmental values … the only protocol for an MZO is whether or not the (government) wants the development.”

McCammon also targeted the Province for using omnibus bills to pursue its open-for-business agenda, saying that regulatory duplication needs to be reduced, although “they have never provided any evidence whatsoever of any duplication.” 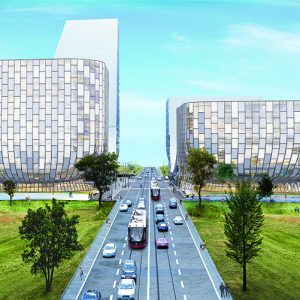 In a related development, legislation that would change the powers of Ontario’s 36 conservation authorities is winding its way through the legislature as part of an omnibus act, Bill 229, Protect, Support and Recover from COVID-19 Act (Budget Measures). If adopted, critics say it would hamper the ability of authorities to review the environmental impact of proposed developments.

Conservation authorities are speaking out against the measures. The Nottawasaga Conservation Authority, for instance, is seeking the support of municipalities in its watershed, including Barrie, to address several changes introduced in the legislation.

“These changes significantly limit the ability of conservation authorities to protect Ontario’s environment, ensure people and property are safe from natural hazards and to apply watershed-based decisions on development. Ultimately, these changes in many ways, remove much of conservation authorities’ ability to influence the overall health and protection of Ontario’s citizens and the environment,” the authority says in a letter to municipal leaders.

Conservation authorities, continues the letter, have been working to address the three key goals the Province identified in a 2018 review:

“Conservation authorities have demonstrated their willingness to work with the Province and change to meet provincial expectations. Unfortunately, the current changes introduced by the Province show no regard for these efforts and many of the proposed changes have consequences which are counterproductive and will increase red tape, cost taxpayers more, and place Ontario’s residents and environment at risk,” states the letter, signed by Keith White, chair of the board and others.

The increasing use of MZOs and the debate over them has also led to the resignation of Linda Pim from the Province’s Greenbelt Council. In a Nov. 4 resignation letter to Steve Clark, Minister of Municipal Affairs and Housing, she cited the “Durham Live MZO (City of Pickering) and its destruction of the Lower Duffins Creek provincially significant wetland complex” as concerning.

“Your government’s increasingly frequent use of Ministerial Zoning Orders (MZOs) to bypass most of Ontario’s highly regarded land use planning processes and policies under the Planning Act has deeply concerned me, with close to 30 MZOs having been issued in the past two years,” she writes.

“As an environmental biologist and land use planner with a long career behind me both within and outside of the Ontario government, I find that with the issuance of the MZO for Durham Live and its complete destruction of an irreplaceable Provincially Significant Wetland, I have simply had enough.”

She adds that she is speaking “only for myself, not other members of Council, for whom I have the utmost respect and admiration.”

The increasing use of MZOs to get developments approved is also creating confusion for builders, says McCammon.

“Not only is there no protocols that respect and adhere to established checks and safeguards for sound planning for ecological and public health, they are opening up a great deal of insecurity and uncertainty amongst developers themselves … (MZOs) are supposed to be used by the Province for provincial interests, and now it’s becoming a regular feature of developer and council discussions. There are no rules.”

Prequalification for projects – Help or hindrance?