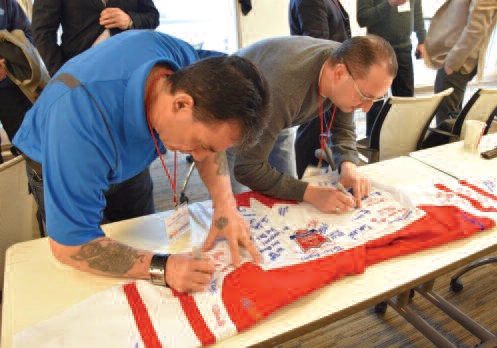 Construction safety advocate Rob Ellis, the Ontario General Contractor’s Association (OGCA) and several member firms have teamed up to support the League of Champions – a public declaration and commitment to “raising the bar” for worksite safety standards. 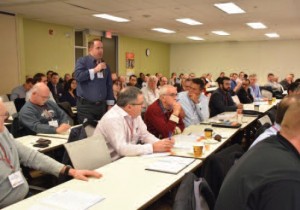 Ellis, who became a passionate safety advocate after his 18-year-old son died in a workplace accident, says he has received 502,000 signatures “from leaders across Canada, from the front line to chief executive officers” on the Jersey of Courage, representing a personal commitment to elevating and highlighting safety standards. 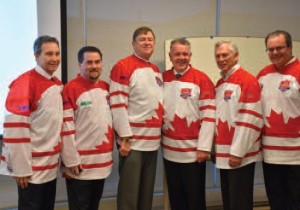 He says the League of Champions will take the process to the next level, through corporate declarations and sponsorships and recognition on a special website, the URL of which will be announced after press time.

“The idea is to make it simple,” Ellis said. “We live in an age where students and graduating students in engineering and the skilled trades are asking the same question.” Business leaders have signed the safety jersey – but “who are the companies behind the workplace names.”

Accordingly, Ellis will team up with relevant industry associations – in Ontario this process is spearheaded by the Ontario General Contractor’s Association (OGCA) – and members who qualify will be listed on the website.

Large companies, of course, often have great health and safety policies, “but we really want to highlight some of the small and medium sized companies that are very well run.”

He said the public listings will help people search out and learn about the best companies – and he anticipates this will be helpful in talent recruitment. “We’re linking generations,” Ellis said. “We’re linking young workers with experienced leaders and knowledge.”

The OGCA and Ellis formally launched the League of Champions at the OGCA’s Leadership Day and Certificate of Recognition (COR) open house on Feb. 19 at the Infrastructure Health and Safety Association (IHSA) offices.

There, six construction industry health and safety “allstars” put on hockey jerseys to express support for the program.

Adapting to the new rules for the Ontario College of Trades...