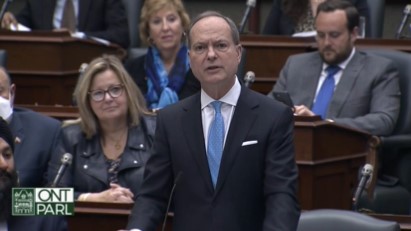 The provincial budget tabled in April is getting positive reviews from all corners of the construction industry.

“We’d like to acknowledge the Ford government for its genuine and unprecedented commitment to the skilled trades,” said Karen Renkema, vice-president Ontario, Progressive Contractors Association of Canada (PCA).

“From shutting down OCOT to launching Skilled Trades Ontario and revamping ratios, this government has made tremendous headway in making the trades a practical, and worthwhile career choice for more people.”

Budget 2022 includes an additional investment of $114.4 million over four years in the province’s skilled trades strategy, earmarked to simplify the system, promote the trades, and ramp up in-class training which was curtailed during the pandemic.

The government also plans to spend $158.8 billion on core infrastructure projects over the next decade; $20 billion this fiscal year with a focus on transit, hospitals and highway construction.

The Residential Construction Council of Ontario (RESCON) pointed to the government’s renewed commitment to tackling the housing supply problem and invest in skilled trades training initiatives as good news.

“Housing supply is a major issue in Ontario and escalating prices threaten to derail our economic recovery,” RESCON president Richard Lyall. “We applaud the government for taking forward-thinking action and pledging to deliver a housing supply action plan every year for the next four years, with policies and tools that support multi-generational homes and missing middle housing.”

The budget, dubbed Ontario’s Plan to Build, repeats many of the housing initiatives announced earlier in the More Homes for Everyone plan and proposes implementing a long-term strategy to address the housing crisis, to build 1.5 million homes over the next 10 years.

Lyall echoes the call for the federal government to expand Canada-Ontario Labour Market Transfer Agreements, which give the province additional funds and flexibility to address labour market needs, as domestic recruitment and retention alone will not sustain the construction industry’s labour needs.

“I am committed to working with the federal and provincial governments to get more housing built – including and especially affordable and supportive housing,” said Toronto Mayor John Tory. “I look forward to continuing to work with the provincial government on its plans to address housing affordability, informed by the housing affordability task force’s recommendations.

Twitter told the story – How the Finch West LRT bridge...