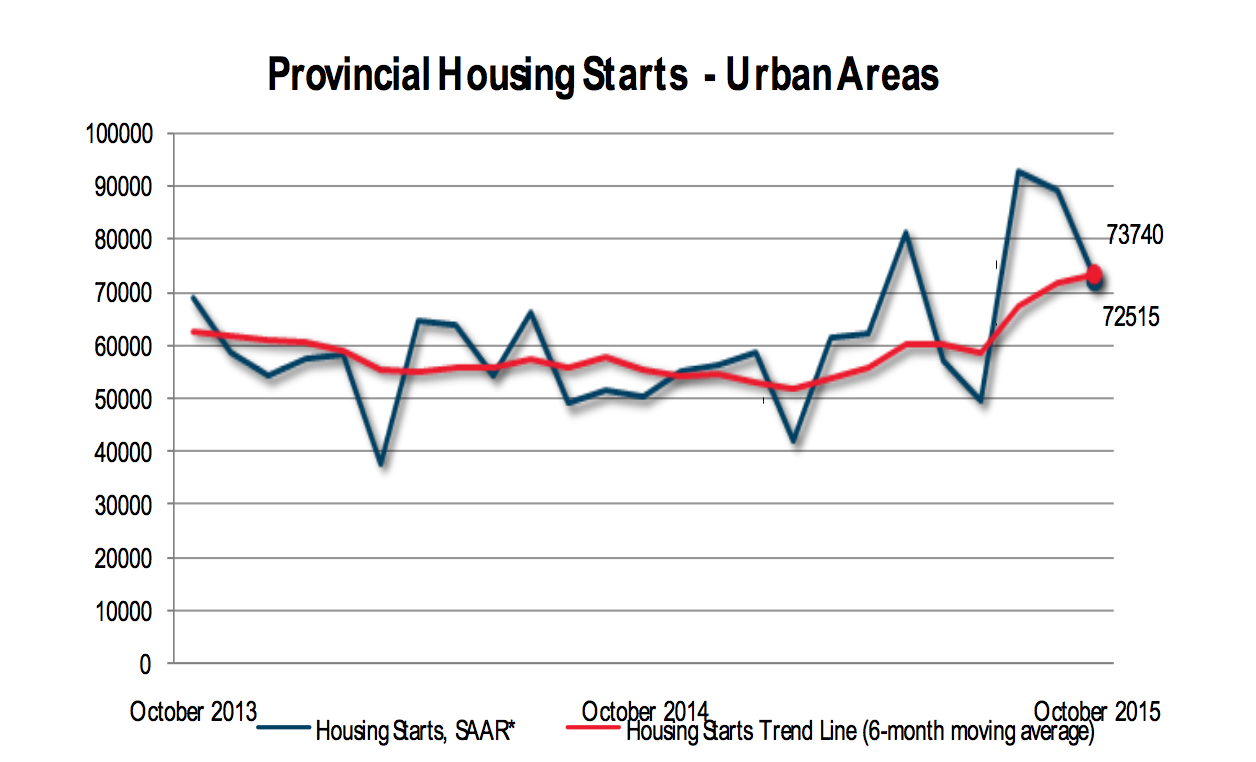 Housing starts in the Ontario region were trending at 73,740 units in October, up slightly from 72,022 units in September, according to Canada Mortgage and Housing Corporation (CMHC). The trend is a six month moving average of the monthly seasonally adjusted annual rates (SAAR) of housing starts.

CMHC uses the trend measure as a complement to the monthly SAAR of housing starts to account for considerable swings in monthly estimates and obtain a more complete picture of the state of the housing market. In some situations, analysing only SAAR data can be misleading in some markets, as they are largely driven by the multiples segment of the markets which can be quite variable from one month to the next.

The SAAR of total urban housing starts remained elevated at 72,515 units in October, down from 89,193 units in September.

Ontario urban housing starts for the period ending October are running 21 per cent above levels for the same period one year ago largely due to more higher density construction.