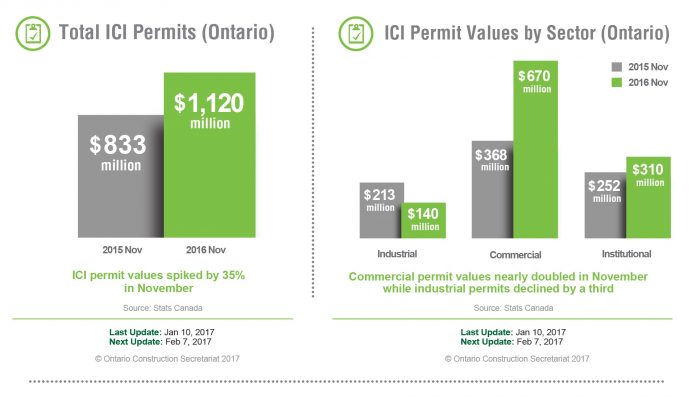 Construction employment reached its highest point in December, at 520,300, OCS reported, quoting Statistics Canada data. However, the unemployment rate increased slightly to 6.4 per cent from 6.3 per cent.

Non-residential construction costs remained steady in Ottawa between the third quarter of 2015 and 2016, and only increased slightly in Toronto. However, inflation in Ontario overall declined in both November and December despite increasing energy costs, because of lower costs for goods and services.