The story of the great gypsum board anti-dumping crisis and its successful resolution has proven to be an example of a successful Canadian compromise, because everyone affected by the issue appears to be satisfied with the results.

Massive punitive anti-dumping duties introduced last September have been rolled back, replaced by a lower and more sustainable levy that allows the single western Canadian gypsum board producer to remain competitive, while contractors receive significant relief for the burdens they faced in fulfilling pre-existing contracts at the pre-dumping duty prices.

The story erupted when drywall contractors and distributors discovered that the Canadian Border Services Agency (CBSA) would immediately impose the punitive provisional anti-dumping duties on U.S. manufactured gypsum board distributed in western Canada.

The duties were set at varying rates, depending on the manufacturer, but at the highest level would reach 276 per cent.

The new charges sent shockwaves through the industry.

Neil Pollock, a Calgary drywall contractor and spokesperson for the Western Canada Alliance of Wall and Ceiling Contractors (WCAWCC), said the CBSA collected more than $4.9 million in duties in the first six weeks from when the duties were imposed on Sept. 6.

Prices spiked 30 to 50 per cent, and distributors reported supply shortages nationwide, as the higher costs and shortages spurred the generally uneconomic distribution of the building material from eastern to western Canada.

CertainTeed Gypsum Canada, which operates the only functioning Canadian drywall manufacturing plant in western Canada (in Delta, B.C.) had complained last spring that U.S. manufacturers were dumping their drywall into the Canadian market – that is selling the product in Canada at prices significantly less than they were in their home markets.

In June, the CBSA reported its investigation validated CertainTeed’s claims, finding that two major U.S. producers – Georgia Pacific and U.S. Gypsum – were undercutting the Canadian industry by dumping their product.

However, the shockwaves only hit when the CBSA started imposing the provisional duties in September.

There was a political outcry as homebuilders, distributors and drywall contractors lamented the higher costs – especially painful in Fort McMurray, recovering from the disastrous fire earlier in the year – and for contractors who had signed fixed price contracts with their clients. They were now locked into money losing agreements that could bankrupt their businesses.

The government responded by asking the Canadian International Trade Tribunal (CITT) to review the matter. Hearings in Edmonton in November outlined the scale of the problem – and the beginnings of a solution.

CertainTeed representatives, while pressing the case that there has been a significant dumping problem, proposed that provisions be implemented to provide interim relief to contractors with fixed price agreements, and that a special exemption be made for Ft. McMurray.

These understandings were reflected in the CITT ruling issued Jan. 4, which rolled back the duties to 43 per cent, allowed for transitional arrangements, and called for the government to refund the punitive duties imposed while the provisional tariffs were in place.

The tribunal ruled the dumping did “cause injury” to the Canadian industry, though it also said in a report for finance minister Bill Morneau that full imposition of provisional duties wouldn’t be in the national interest.

Enacting provisional duties in their full amount “has or will substantially reduce competition” in Canada’s western regions and “cause significant harm to consumers of those goods or to businesses who use them,” the tribunal said in its report to Morneau, who had earlier requested the tribunal fast-track its recommendations.

It called for the “temporary elimination” of drywall duties by simply refunding them for a period lasting six months.

“Final duties for any co-operating exporters on any export transaction involving subject gypsum board to Canada should not exceed 43 per cent of the export price at any time on and after the earlier of July 5, 2017, or the date the subject imports reach a maximum volume of 229 million sq. ft., a reduced rate which should allow either U.S. exports or domestic shipments from eastern Canada to continue to supply the western Canadian market,” the CITT ruling said.

“We will make it a priority to act quickly and respond to the tribunal’s recommendations,” finance department spokesman Paul Duchesne said in an e-mail to Bloomberg News.

Dumping concerns are “particularly serious given the risk of delays around reconstruction efforts in Fort McMurray,” Duchesne said in the email to Bloomberg.

The ruling says “that, if the government considers the measures mentioned above as insufficiently alleviating the hardship suffered by certain residents of the Regional Municipality of Wood Buffalo (the Fort McMurray region) as a result of the May 2016 wildfires, and considering the consent by the domestic industry to a special remission in connection with the Fort McMurray region, the government should grant a special remission in an amount equivalent to the dumping duties collected on gypsum board specifically used for the rebuilding of the Fort McMurray region, on terms and conditions that ensure that the end users or consumers benefitting from the measure do not pay more than the amount that they would have paid for that gypsum board in the absence of duties. This special remission should cover subject imported gypsum board which is specifically linked to the reconstruction effort, and is purchased and installed between Sept. 6, 2016, and Dec. 31, 2019.”

Drywall contractors, represented by the WCAWCC, say they are happy with the CITT tribunal’s decision.

“We thank the tribunal for their extensive study into the impact of anti-dumping duties on the construction sector across western Canada and on the Canadian economy,” said Pollock.

The CITT findings reflect testimony before the tribunal late last year demonstrating the adverse impact of the sharp and unexpected price hikes caused by the imposition of preliminary anti-dumping duties (PD) on contracts, letters of intent (LOIs) and bids based on pre-PD pricing, the industry group said in a statement.

The contractors group says in a news release that the tribunal’s recommendations go a significant way to alleviating the harm from the duties.

“Our group is very pleased and encouraged by the tribunal’s finding and we’re really happy with what has come down,” Pollock said in an interview. “The minister (Bill Morneau) stepped up to the plate and did a great job by recognizing the harm coming down on the contractors.”

Pollock said the only concern is the six-month exemption may not be long enough for some contractors with longer fixed-price contracts. Some in the commercial sector extend to 12, 18 or 24 months. He said the alliance hopes the “government will take a look at that and increase it.”

“We look forward to reviewing the tribunal’s reasons and we strongly encourage the government to immediately implement the recommendations,” Pollock said in a statement. “To maintain our industry’s economic viability, western Canada’s construction industry must be predictable and stable. We cannot be hit by significant overnight product cost increases that will put our livelihoods at risk.”

Meanwhile, the union representing CertainTeed workers says it also is happy with the CITT decision.

The International Brotherhood of Boilermakers, representing 120 employees, said in a statement that union members “can breathe a collective sign of relief knowing their jobs are secure.” 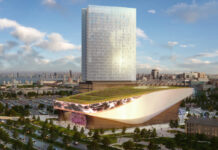