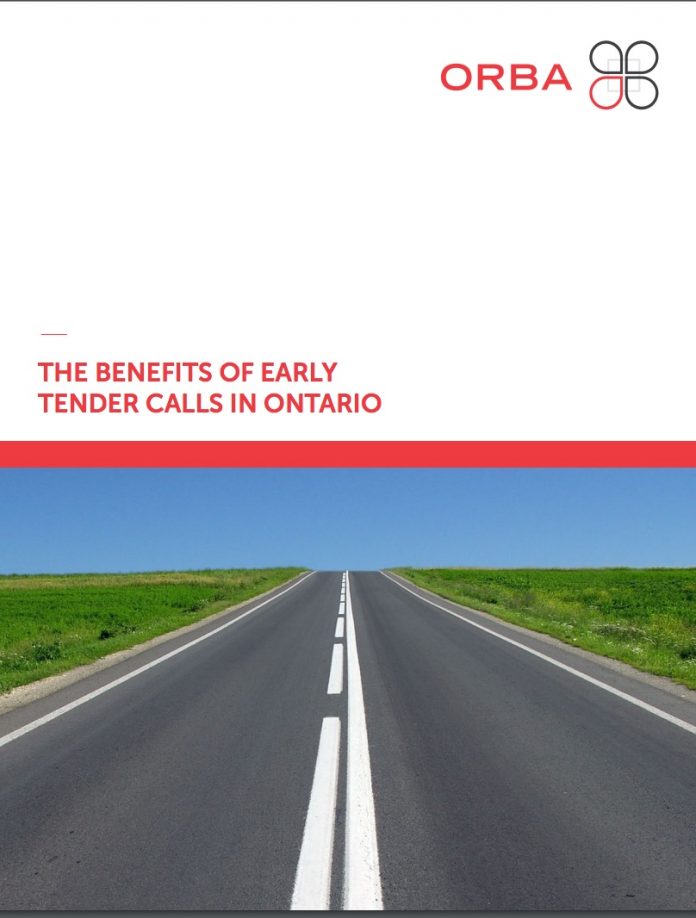 Over the past several years, the Ontario Road Builders’ Association (ORBA) says it has identified early tender calls as a top priority issue.

ORBA says in a news release that it has worked with its members to release an advocacy paper showing the clear benefits of early tender calls. The paper incorporates statistical information from public owners on early tender calls and figures on the benefits of overall infrastructure investments.

ORBA will also use this advocacy paper as it continues to work with public sector owners, including municipalities, to make early tender calls an industry standard in the province.

“Early tender calls provide clear and tangible benefits for both contractors and public owners by allowing proper planning for the upcoming construction season and eliminating inefficiencies in the delivery of projects,” said Ashley De Sousa, ORBA’s director of government relations. “ORBA would like to see the current trend of early tender calls in public projects continue to grow and strengthen throughout the province.”

The advocacy paper also discusses recommendations for municipalities and other public owners on how they can adopt early tender calls.

Ottawa AEC industry leads in fund-raising for The Ride