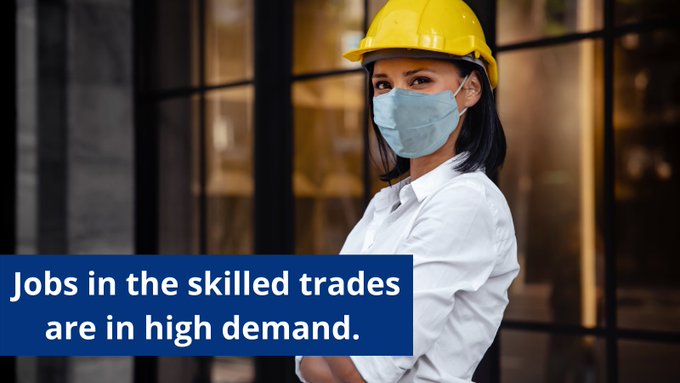 The Building Trades Council welcomed the provincial government’s decision to revamp the apprenticeship system and abolish the Ontario College of Trades.

“Attracting, retaining, and graduating more apprentices in Ontario’s construction trades serves to strengthen the individual career paths of construction workers, thereby strengthening our industry which in-turn, helps our economy – that is our goal,” said Patrick Dillon, business manager of the provincial Building and Construction Trades Council of Ontario.

Generally, Dillon supports the legislation introduced by Labour Minister Monte McNaughton to protect the construction trades classification system and his goal to ensure that compulsory construction trade work is only performed by certified journeypersons and apprentices, and that non-compulsory trades remain fulsome.

However, there are areas requiring further work, including scopes of practice, compliance and enforcement, and the establishment of trades training boards to name a few, which the Building Trades will be advocating for since trades training is the lifeblood of our industry,” he explained.

“The Building Trades will work diligently with the government to provide important input during the process to ensure that the final legislative results are worthy of full support from the Council which would be in the best interest of construction tradespeople and consumers in the province of Ontario,” concluded Dillon.

McNaughton introduced the Building Opportunities in the Skilled Trades Act on Thursday, highlighting changes to the apprentice training system which he said will streamline the process and make it easier for individuals and businesses.

“RESCON commends the positive announcement today on the proposed creation of Skilled Trades Ontario, an agency that will help create a clearer pathway for youth interested in pursing an apprenticeship. This will help end the stigma around careers in construction, simplify the apprenticeship system and improve engagement with employers,” said Richard Lyall, RESCON president.

The Progressive Contractors Association of Canada (PCAC), a vocal critic of the OCOT,  was also please with the government announcement.

“Finally, the end of the Ontario College of Trades!” Karen Renkema, vice-president, Ontario, said in a press release.

PCAC “is delighted the province is taking a fresh start through Skilled Trades Ontario, a proposed new crown agency aimed at making it easier for people to work in the skilled trades,” she said. “It’s about time the focus shifted, with the emphasis on doing away with the bureaucratic maze and helping more people succeed in skilled trades careers.

“We’re delighted to close the chapter on OCOT and excited about working with the proposed new agency.”

PCA is hopeful that Skilled Trades Ontario will involve employers in a revamped skilled trades system that “serves all employers fairly by not favouring one labour model over another.”