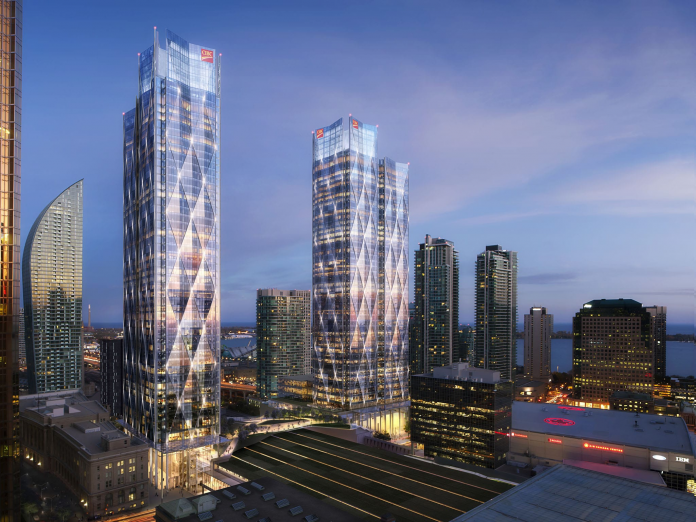 Even though there is more than 10.1 million sq. ft. in space in the pipeline, the Globe and Mail quotes real estate and development authorities as saying that current and anticipated leasing demand still far outpaces supply – meaning there is reason for even more construction in the city’s core.

As an example, while the Canadian Imperial Bank of Commerce (CIBC) is moving its headquarters, the landlord owning the project with the soon-to-be-departing tenant isn’t worried about vacancies – instead it plans to add 1.8 millions sq. ft. of space to the complex with a new 64-floor tower.

QuadReal Property Group (and its parent B.C. Investment Management Corp.) in fact is planning a new tower as tall as the BMO Tower at First Canadian Place – long the city’s tallest office structure. This work will happen as Ivanhoé Cambridge builds the 2.9 million sq. ft. CIBC Square next to Union Station.

“We’re absorbing about a million square feet a year without new product coming online till 2020,” Forr says in the published report. “So you could soon have a 1-per-cent (vacancy rate, maybe even 0 per cent with the activity we’re seeing.”

There’s a slightly higher (3 per cent) broader Toronto vacancy rate, but this includes buildings distant from the core.

Despite the high volume of new developments planned, the analysts don’t see signs of overbuilding.

“Nobody’s getting reckless,” said Forr at JLL “If you look at downtown or even across Canada, there’s still a conservative ownership and development community. You have a lot of pension funds and they’re looking long term. One interesting thing we’re seeing in this cycle is lots of net new tenants coming downtown.”

These tenants will be housed in a diversity of buildings, including CIBC Square, and a new 38-storey tower at The Well, developed by Allied Properties REIT and RioCan REIT at Front Street and Spadina Ave.

OTPP will move from North York to a 46-story tower that its real estate unit, Cadillac Fairview, is building at Front and Simcoe streets.

The Globe and Mail reports that Colliers projects that when the coming wave of buildings has  opened, Toronto’s vacancy rate will climb to a healthy 6 to 7.7 per cent. While this vacancy level is relatively high, it would still be North America’s third tightest, behind Manhattan and San Francisco.

Looking forward, city planners say Toronto will need another 31.9 million sq. ft. by 2041, but that is too far ahead for industry analysts to consider seriously.

In the immediate future, Ivanhoé’s first tower, scheduled for completion in 2020, was fully leased about 2½ years ahead of Ivanhoé’s usual timeframe. The second tower won’t break ground till 2020, but it is 50-per-cent leased already, the Globe and Mail reported.

“If we had room for a Phase 3, I think we’d be looking at that very seriously,” says Jonathan Pearce, Ivanhoé’s North American executive vice-president for leasing.

The newspaper reported that “industry people say the planned new tower at Commerce Court, which will replace two shorter buildings to be torn down, will be impressive, is probably six or seven years out, and that there will likely be announcements in 2019.” 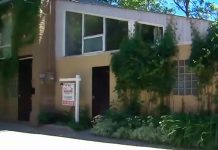 Orillia and District Construction Association reaches out to industry and community...