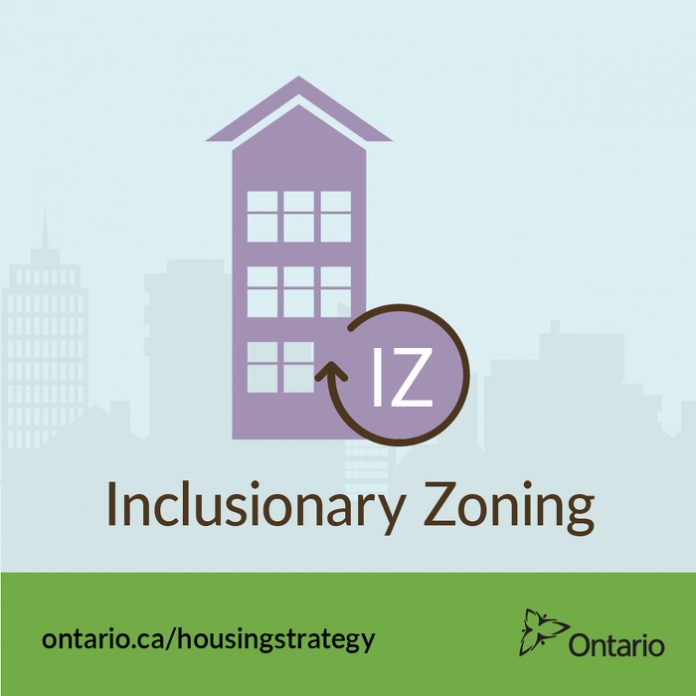 The Ontario government announced details of a new Inclusionary Zoning framework as part of a draft regulation that would give municipalities the ability to require the inclusion of government mandated affordable housing units in new development projects.

The Ontario Home Builders Association (OHBA), which represents the residential development community, indicates it is mostly, but not totally, satisfied with the regulatory wording.

“OHBA has been supportive of a partnership model where the costs of delivering mandated units are shared via a partnership model between government and the industry. The proposed framework announced by the province recognizes that in order for our industry to come to the table and build affordable units, there has to be a package of offsets and incentives, such as waiving or reducing development charges, parking requirements or cash-in-lieu of parkland fees for inclusionary zoning to be successful.”

Inclusionary Zoning is a planning tool used in American cities like New York City, San Francisco, Boston and Washington, and in all these jurisdictions there are financial and planning incentives to support the developments. Successful inclusionary programs in American cities provide planning and financial support to ensure affordable housing doesn’t undermine housing affordability for the market units.

“The proposed provincial framework is a partnership model, but we are disappointed that the framework falls short of an equal 50/50 sharing of the costs to build these government mandated units,”  Vaccaro said.