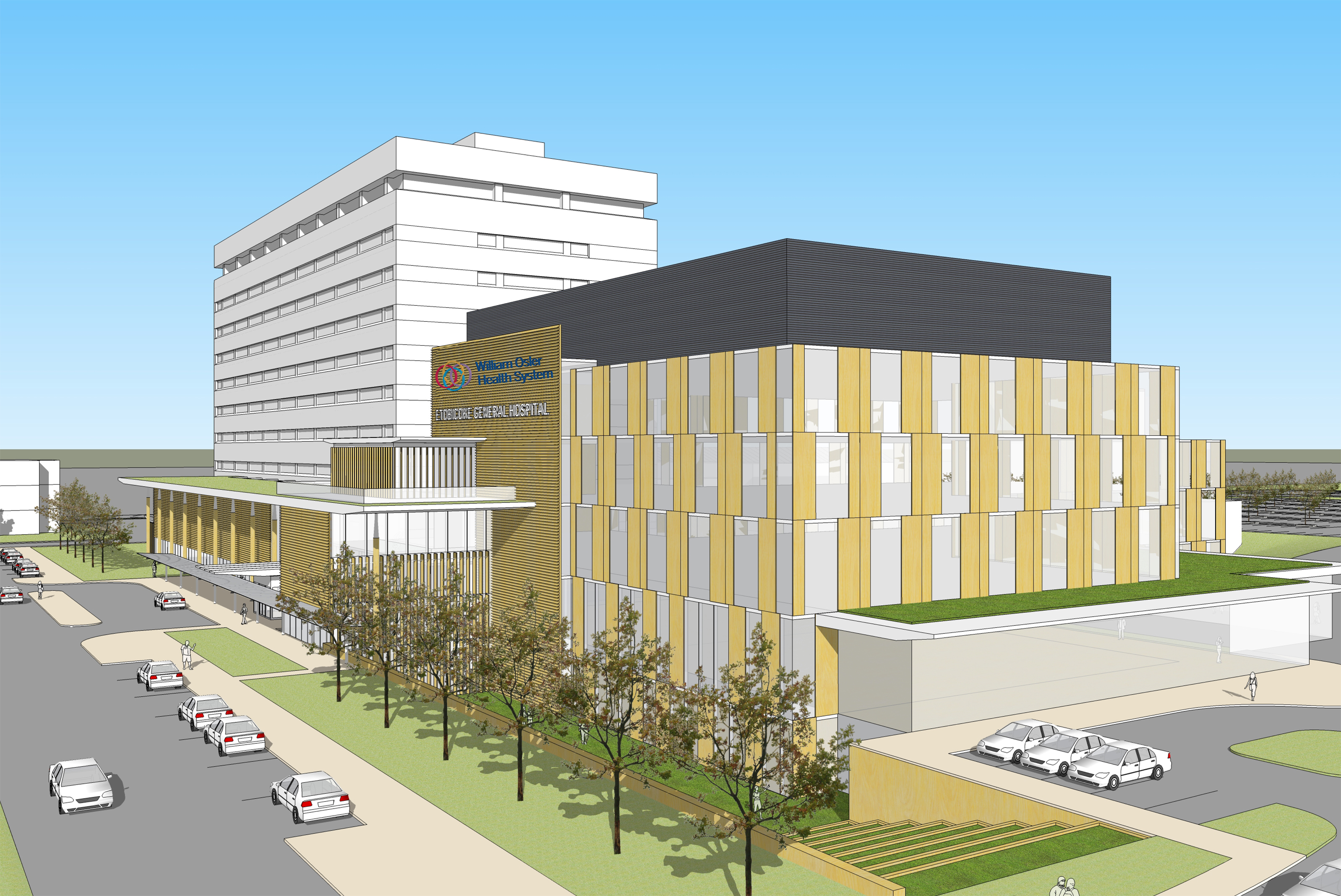 The provincial government has announced it will spend as much as $358 million to redevelop and expand the Etobicoke General Hospital.

The project includes four new storeys and 250,000 sq. ft. of new space including:

Earlier this year, Infrastructure Ontario (IO) announced that it has selected Etobicoke Healthcare Partnership as the preferred proponent to design, build, finance and maintain the Phase I Tower project.

In a news release, ENGIE, based in Toronto, said the 32-year contract further cements the mechanical contractor’s growing geographical footprint in Ontario.

“Our success on this project is a demonstration on our existing experience in providing tailored IFM services across Canada”, says Pierre Loyer, ENGIE Services’ vice-president of business development. “This agreement builds on our growing presence in the Ontario market and helps reinforce our leadership position in the FM market. We are proud to play a key role in this sustainable transformational expansion project that is central to the wellbeing of the growing Toronto community.”

ENGIE Services says it will be providing hard and soft FM services, energy management and lifecycle for the 32-year operational term. ENGIE MultiTech will be delivering all mechanical and plumbing construction for the patient care tower, including building management system and medical gas. ENGIE MultiTech says it has built, installed and maintained mechanical systems for industrial, commercial, institutional and biotech facilities for more than 37 years.

“This is the first contract of its kind jointly won with our parent company ENGIE Services,” says Louie Cosolo, CEO of ENGIE MultiTech. “Having both, mechanical contractor and facilities management under the same umbrella is quite beneficial since the alignment of interest from construction to operation of the facility is shared by all parties.”

Construction is expected to start in summer 2016 and completed by mid-2018.