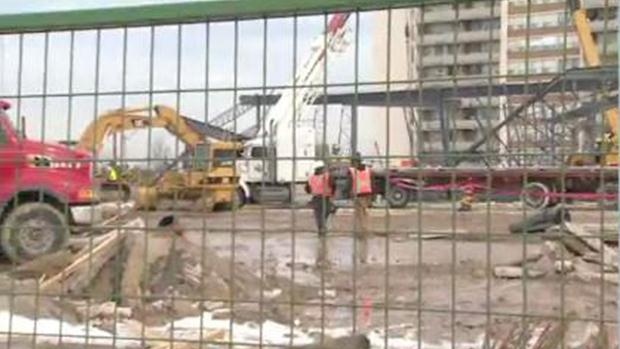 A supervisor at the construction site of Mississauga’s Sheridan Centre mall where a steel collapse killed a worker and father of three, has been fined after pleading guilty to violating health and safety rules, The Mississauga News reports

The supervisor pleaded guilty in court under the Occupational Health and Safety Act to failing to ensure that decking was not placed, left or stored in a location or manner that endangered a worker in the Jan. 13, 2014 collapse that killed Christopher Crawford, 33, a married father of three from Kitchener, the publication reported.

He was fined $22,000, plus a 25 per cent victim fine surcharge surcharge as required by the Provincial Offences Act. The surcharge is credited to a special provincial government fund to assist victims of crime.

Ontario’s Ministry of Labour did not immediately release the supervisor’s name.

Four Occupational Health and Safety charges were laid, but later withdrawn, against the employer and a project subcontractor, Vixman Construction.

Crawford was a sheet metal worker at  Vixman, working at the mall at the construction site of a new Target store. PCL Construction of Toronto was the project’s lead contractor. Crawford was killed when the steel framework of the building collapsed, trapping and crushing him underneath.

Crawford had been in the business for 13 years and belonged to Sheet Metal Workers Union Local 562 in Kitchener.

An inquest will begin May 30.

Legalization: Marijuana use to skyrocket but employers can restrict virtually all...

CLAC – A new building for a bright future