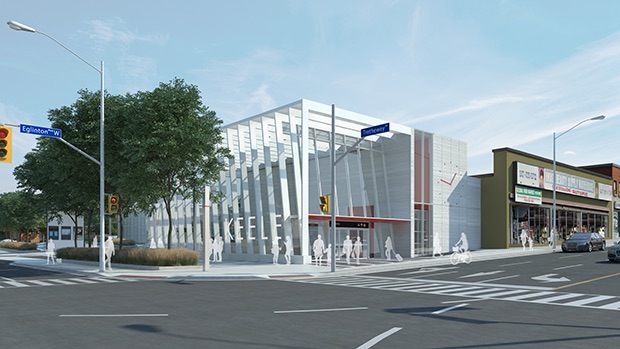 Construction has begun on Keelesdale Station, the first of 25 stations to be built for the Eglinton Crosstown Light Rail Transit (LRT). It is the largest public transit project currently under construction in Canada and represents the single biggest expansion of urban rapid transit in the Greater Toronto and Hamilton Area in more than half a century.

Premier Kathleen Wynne was at the ground-breaking ceremony on March 11 to celebrate this milestone in the modernization of Ontario’s transit infrastructure. The province has invested $5.3 billion toward the capital costs of the LRT line, which is expected to begin service in 2021.

The project is being built under Infrastructure Ontario’s Design, Build, Finance and Maintain (DBFM) Public Private Partnership (PPP) model. Crosslinx Transit Solutions group, which comprises SNC-Lavalin, ACS Infrastructure Canada Inc., EllisDon and Aecon, was the winning bidder to design, finance, build and maintain the 19-kilometre transit line that will include 25 stations and stops.