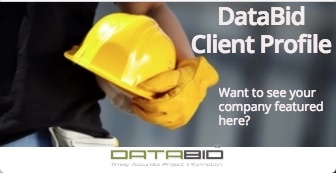 Ottawa based Terlin Construction Ltd. has evolved over time, developing an end-to-end approach for retail, commercial and institutional clients.

Terlin was founded in 1989 when Terry McLaughlin decided to apply his experience in the industry as a project manager and superintendent, his carpentry background, and the years he had spent working alongside his father on rural homes and agriculture buildings, to open his own company.

In the beginning, Terlin was the first general contractor to focus on commercial retail construction and, while the company still provides this service, particularly to large national retail chains, its reach has expanded. Today Terlin delivers expanded capabilities through its in-house millwork manufacturing and last year, expanded into international security.

The company has worked for clients including Carleton University, Scotiabank, the Canadian Tire Centre, at Shopper’s Drug Mart locations across the country, the Chateau Laurier, and numerous dental and medical clinics. McLaughlin says his team works across Canada and overseas.

The main focus of the overseas work is related to anti-terrorism. The need for perimeter intrusion protection and blast/ballistic mitigation for facilities is becoming increasingly common.    This has opened a new arena of specialized projects for which Terlin is well-positioned.  Terlin works closely with European partners on global projects and is the Canadian distributor for specialized mitigation products.

Besides having a service department “that rocks,” McLaughlin attributes the company’s success to its end-to-end service and commitment to client relationships. “We aren’t about getting the project but about establishing a relationship and then assisting the client with whatever they require. We try to work to a Disney-type service model.”

While project management was once simpler and more straightforward, he says that there are more dynamics at play now and that knowing customers is critical to understanding the full scope of their needs.

As part of its relationship strategy, Terlin signed on with DataBid in 2013. McLaughlin says the service helps by flagging missed invitations, which helps monitor relationships. The service also helps the company stay abreast of new chains coming in and trends worth following.

“I would estimate I grew the business 40 to 50 per cent in 2013 and 2014, simply by strategically using DataBid and Linkedin as tools and an opportunity to start conversations,” he said.