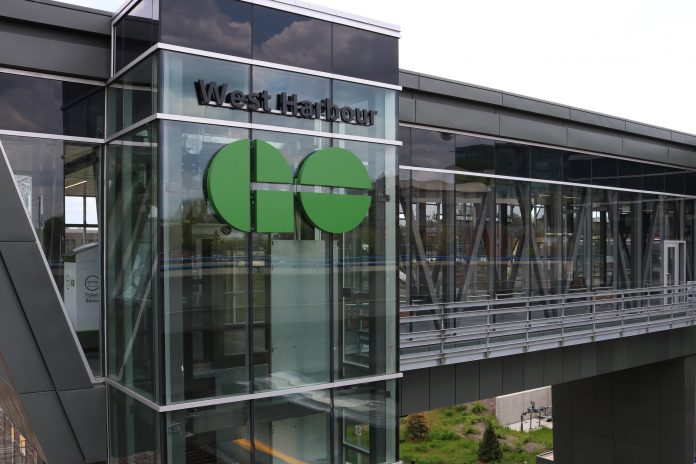 Thirty years ago, Sobotec set out to focus on creating the best modern panel system to address new materials coming to market. Today the company has grown to be one of the largest manufacturers of engineered metal panel systems in North America.

Sobotec was founded by Vlad and Chedo Sobot, who had worked in the industry as design and construction engineers and recognized that the architectural and building communities required highly engineered panel system solutions.

Their vision led Sobotec to become the first company in North America to design and develop the first rainscreen wall panel system for the metal composite material, Alucobond®.

This innovation revolutionized the architectural and building industries.

“Our SL-2000 rainscreen system was quickly adopted by architects, making it one of the most widely used engineered panel systems for metal composite materials in North America,” said Vlad Sobot.

To this day, he says, Sobotec’s specifications are still some of the most widely used and replicated in North America.

The company has grown to approximately 300 employees with the industry’s largest engineering and technical department. Sobotec continues to be an industry leader, fabricating more than two million sq. ft. of panel systems for various building facades. It is one of a few companies that have the ability to design, manage, manufacture and install projects of any size.

The company staffs its own in-house engineering and technical design department, the largest in the industry, and a division solely focusing Corporate Identity Development (CID).

The CID team is responsible for the facades, lighting, feature displays, signage and other areas typically seen in car dealerships for clients across North America including Audi, Nissan, Hyundai, Honda, Volkswagen and many more global corporations.

Sobot says a core focus on innovation, exceptional engineering, quality workmanship and meeting customer’s needs, along with the demands of the market, has resulted in the company’s involvement with several notable projects.

Sobot says that in Ontario, and especially Hamilton, there are many projects displaying the company’s products. Some recent Hamilton projects include the James Street Go Station, The William Thomas Residences, The Rudy Holst Commons and 151 York Blvd.

“Yet we have worked on many of the hospitals such as St. Joseph’s Healthcare, schools, government and commercial buildings, hotels, restaurants, retail stores, condos, banks, and a majority of car dealerships as well, including majority of those on Upper James,” he said

Sobot says part of the company’s success in working with its key clients and on such notable projects is its role as a single-source responsibility company. “That means that as a company, we provide all the services and products required from a project’s conception to completion. We are involved from the initial budgeting and design of a project, to its engineering, manufacturing, management and the installation of it.”

Another factor, he says, is that Sobotec is a Premium MCM Fabricator. This designation, provided by the Metal Construction Association, of which Sobotec is a founding member, means the company is one of only a handful of North American companies who can handle the most sophisticated or demanding projects.

He credits the company’s long-term staff, many of whom have been with the company since the beginning with the stability and consistency needed to achieve success.

Sobotec has been recognized with numerous project, building, design and association awards over its 30 years including the Chairman Award from the Metal Construction Association. Vlad Sobot received the Engineer of the Year in 2015 from the Ontario Society of Professional Engineers for Hamilton/Halton and, as well, Vlad and Chedo have been recognized as Distinguished Alumni for McMaster University.

The company and its staff are involved together and personally throughout the community. “Locally, we are ongoing supporters of McMaster University, Mohawk College and continue to support the Hamilton community in various ways,” says Sobot.

Marking its 30th anniversary this year, he says Sobotec will continue to look ahead for opportunities to innovate and offer new products to the market. “We fully expect that our latest product SurFlex, our Sobotec Advanced Manufacturing Division and also our Modern Architectural Products Division, will provide new unique product and design options to the market.”